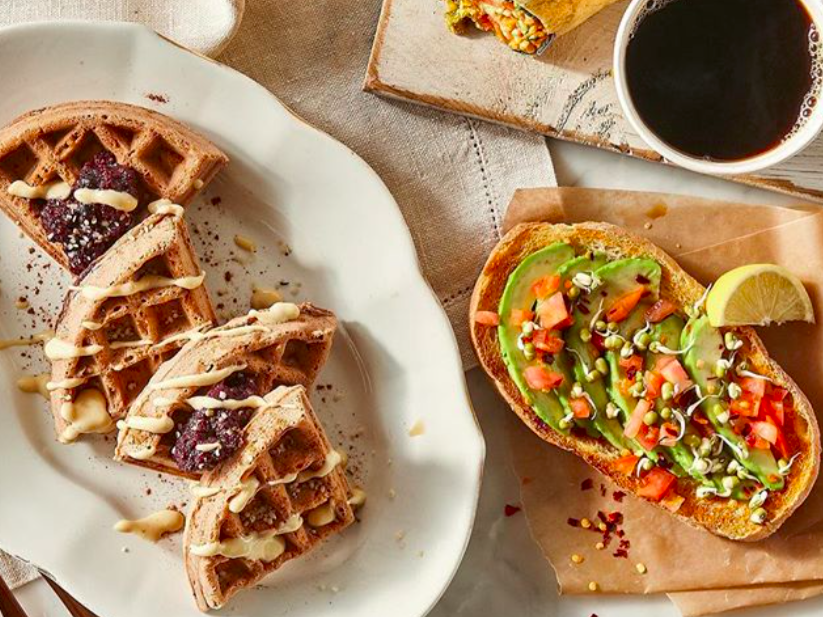 Copper Branch announced last summer it would open its doors at Bramalea City Centre, and now the restaurant is open just outside the mall.

The menu has power bowls, which are a mishmash of various flavour combinations featuring ingredients like tofu, brown rice, guacamole, beans, chickpeas and more.

Copper Branch also offers different burgers — all plant-based using foods like mushrooms and black beans as the key protein. Sandwiches, wraps, chilis, soups and a bunch of side dishes like poutine and nachos are also on the menu.

Copper Branch also has an all-day breakfast menu with items that will satisfy your sweet tooth including a berry chia gluten-free waffle, chocolate zucchini brownies, chia seed pudding, and more.

The restaurant chain has been growing across Ontario and Quebec, and Brampton’s new location is part of its expansion. The restaurant originally announced it would open near the Mercedes Dealership on Mayfield Road but ended up opting for a more central area.