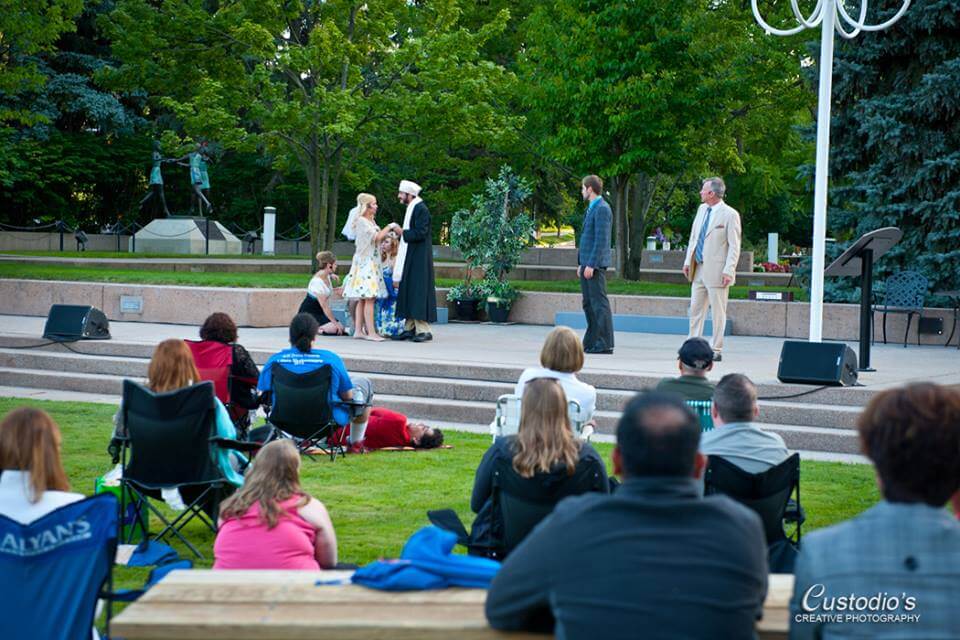 Shakespeare In The Square is no longer, but Summer Outdoor Theatre replaces the Bard with offerings including and beyond his Elizabethan plays.

This year’s outdoor theatre is bigger and better. It has musical theatre, an interactive murder mystery show and of course a little Shakespeare too.

Outdoor Summer Theatre kicks off Wednesday July 6 and will happen at Ken Whillans Square on Wednesdays of every week, and at Chinguacousy Park on Thursdays near the curling club. Check out the show details and dates below. Don’t forget your lawn chair!

[column size=one_half position=first ] July 13 – Ken Whillans Square
July 20 – Ken Whillans Square [/column] [column size=one_half position=last ] July 14 – Chinguacousy Park
July 21 – Chinguacousy Park [/column]
What happens when there’s been a murder and YOU are the only authority in attendance? You, with a little help from your friends, solve the crime and find the murderer. Who did it? It’s up to you to find out which of the suspects is guilty.