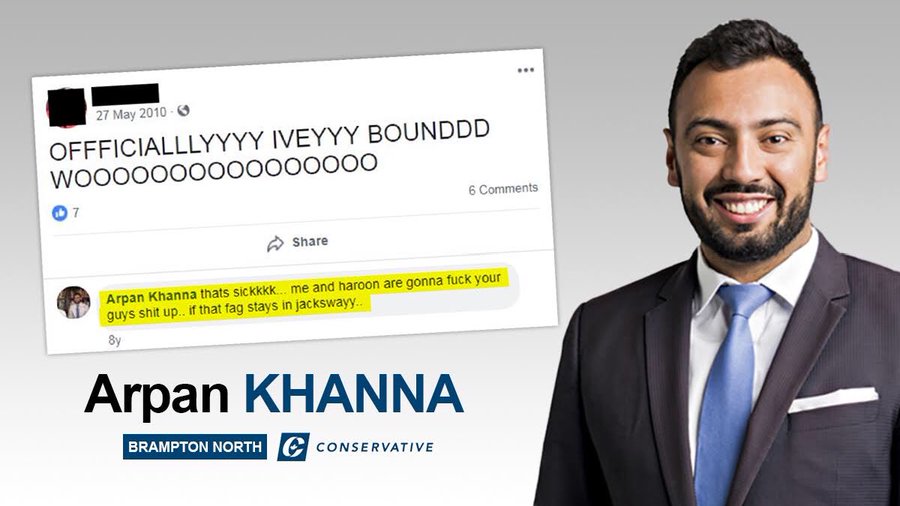 Living in Brampton and past homophobic comments may hinder Khanna’s political pursuits.

January 14, 2023 – The Conservative Party of Canada is holding a nomination race for the riding of Oxford, Ontario, following the announcement of the retirement of longtime Southwestern Ontario MP Dave MacKenzie.

Dave MacKenzie, a long-serving Member of Parliament (MP) for Southwestern Ontario, has announced his retirement effective January 28th, citing “mobility problems” as the reason for his decision to step down. MacKenzie has served the riding of Oxford for nearly two decades and has expressed his enjoyment of working for the people of the riding and in Ottawa throughout his tenure.

Arpan Khanna, the party’s outreach chair, who has previous experience as a political staffer for Jason Kenney and also ran as a Candidate for Brampton North in the 2019 federal election is considered to be a parachute candidate.

In politics, a parachute candidate is “an election candidate who does not live in, and has little connection to, the area they are running to represent.“

Deb Tait, a Woodstock city-county councillor and the daughter of outgoing Conservative MP Dave MacKenzie,has commented that it will be difficult for a “parachute candidate” like Khanna to win the nomination, as he may have little or no connection to the riding of Oxford.

Khanna may have an uphill battle in this race as his Twitter Account suggests that he lives in the GTA, and due to a social-media past for past homophobic comments.

In a 2010 tweet, Khanna wrote in response to someone else’s tweet about being admitted to a university program: “me and haroon are going to f— your guys shit up … if that fag stays in jackswayy”.

The outcome of the nomination race is yet to be determined.