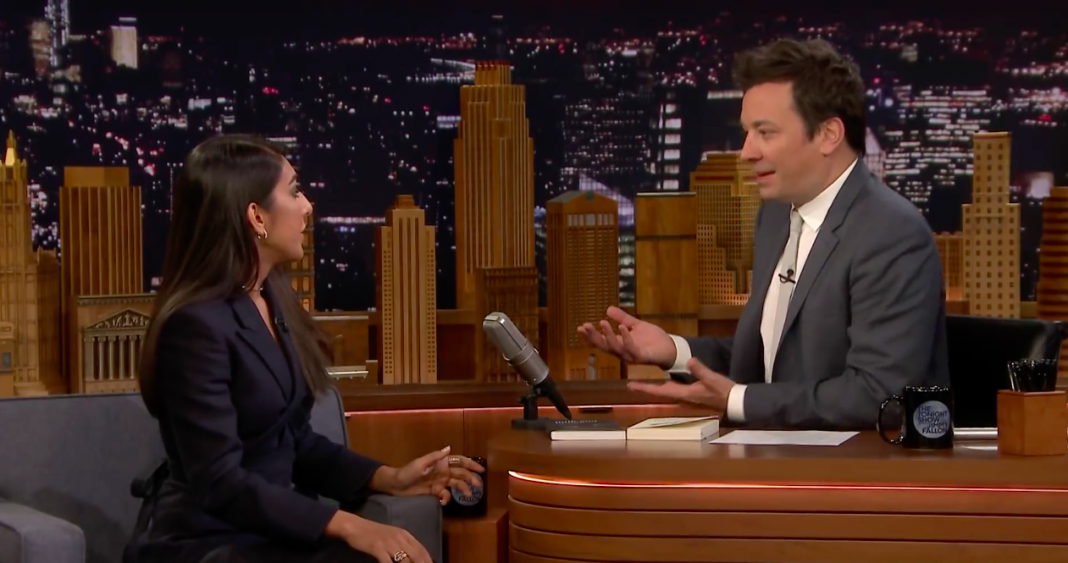 At only 25 years old Kaur has already published two books that have landed on the New York Times bestseller list, toured the world sharing her poetry to sold-out crowds, grown an Instagram following of millions of followers and so much more. Now Kaur can add another milestone to the list, she was just interviewed on The Tonight Show with Jimmy Fallon.

“You know I thought I had to become a pop star or an actress to get here,” Kaur joked when the interview started.

In the interview, Kaur shared how she self-published her first book Milk & Honey while attending the University of Waterloo. The book grew in its grassroots popularity and was eventually picked up by Simon and Schuster.

Her drawings are just as much a focal point of her work and she talked about the beginnings of her artistic endeavours, sharing that it was her lack of ability to speak English after her family moved to Brampton from Punjab that sparked her interest in painting and drawing that allowed her to communicate.

Kaur, who recently performed at The Rose to a sold-out crowd, shared why she loves to be on stage, “I get to be the woman of my dreams while on stage,” she told Fallon. Kaur also announced that there may be some show dates coming up in the fall.

To cap off her appearance on the show Kaur reads “Timeless” from her latest book The Sun & Her Flowers.

Watch the full interview below.