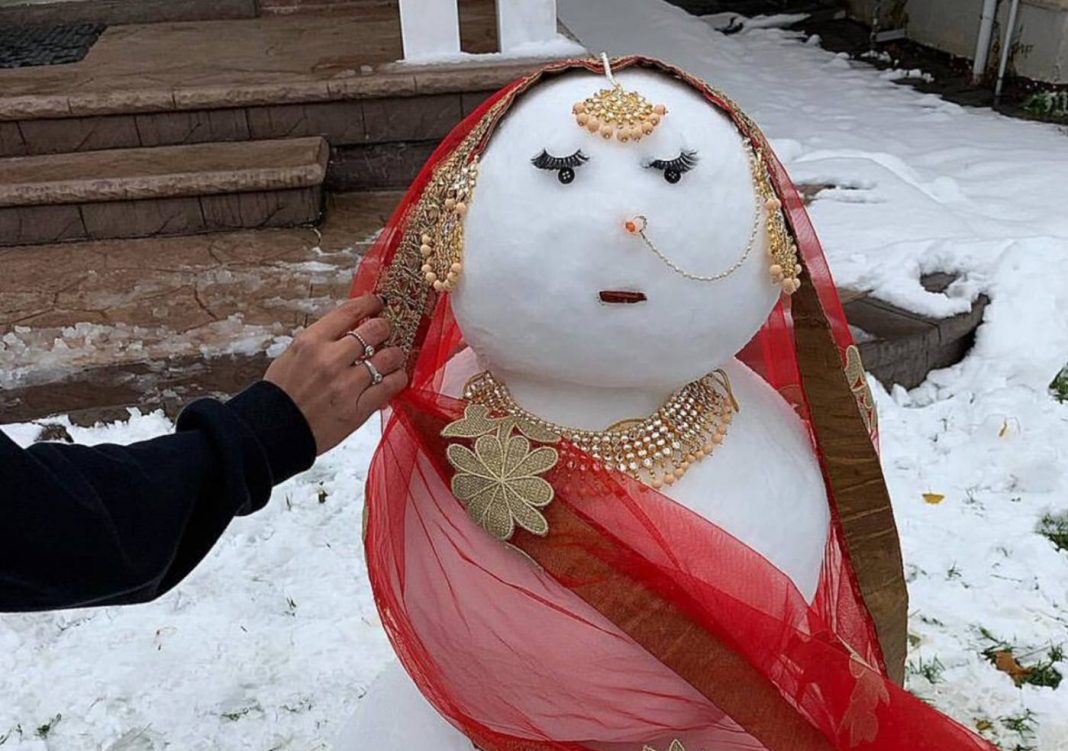 Brampton had its first major snowfall of the season last week, and while it was a pain on the roads, it didn’t stop people from enjoying the powdery stuff.

Someone in Brampton built a snowman over the weekend that’s going viral because it’s likely the most blinged-out snowman — or snow-woman — you’ll ever see.

Forget Frosty the snowman we got Farah the snow Jatti up in here pic.twitter.com/p4d7VZWqQN

It really isn’t your typical take on Frosty. Gold jewellery, complemented by a matching scarf and even strip lashes, the runway ready snow person is being dubbed “Farah the snow Jatti” or “Frosty the Aunty”.

The Desi snow-woman, or “Saddi Juliet” as her creators are calling her, has been making the rounds across social media since last week and has amassed thousands of shares and likes across Facebook, Instagram, Twitter and Reddit.

The person who originally posted the photos, Bramptonian Jassu Kingra, says the beautiful snowman was built with her friend and sisters.

“My friend came from India and it was her first winter here in Brampton,” she told BlogTO. “She called me and told me she wanted to build a snowman, and then she asked how to build it and I invited her over to our house.”

And thus Saadi Juliet was born. “My friend wanted to show her family in India, so we had to make it perfect and show her family that Canada is the best even during the winter.”

Kingra says that Saadi Juliet’s story isn’t finished yet. The group plans to continue her saga the next time it snows. You can follow along on her Instagram for updates.