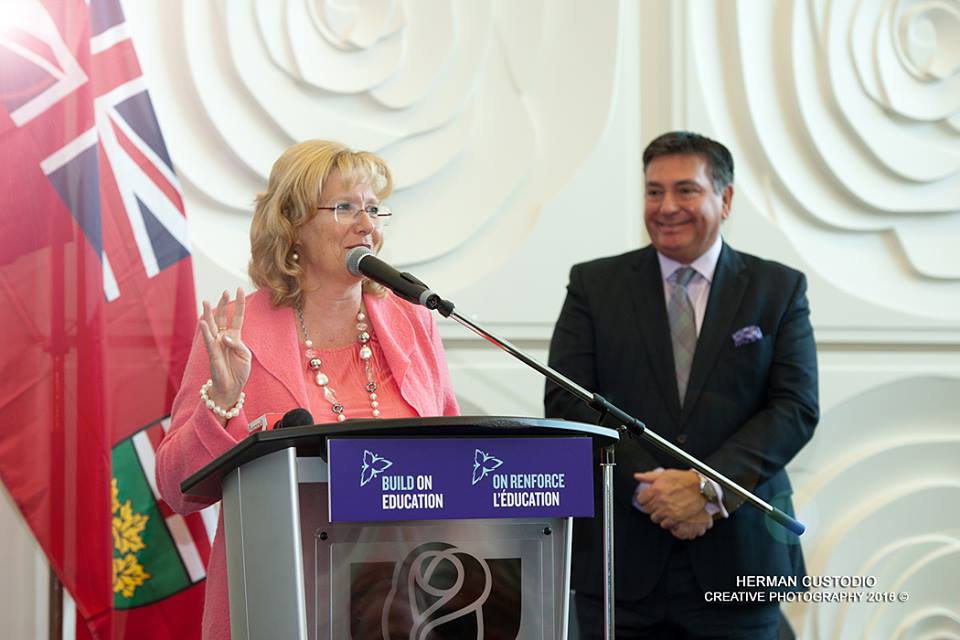 Brampton will be the site of new university campus, as announced by the provincial government on Wednesday morning.

Inside the Conservatory at Brampton City Hall, Charles Sousa, Minister of Finance, gave the good news to the public and council.

Ontario will award up to $180 million to be split between new campuses in both Brampton and Milton. This is a change from when the province was only going to fund one new campus.

Reflecting a future outlook, new campuses would focus on a STEAM education, including science, technology, engineering, arts, and mathematics an there will be a major focus on experiential learning.

The province is opening a call for proposals for post-secondary institutions to be bid in January 2017. They encourage partnerships between universities, municipalities, and businesses, in order to boost a new knowledge-based economy.

Mayor Linda Jeffrey said a “dream is being realized, as Ontario has chosen Brampton to be a host city for a post-secondary institution.”

Getting approval for a new university campus has been high on the agenda of the mayor since she was elected in 2014.

One of her first tasks as mayor was to set up the University Blue Ribbon Panel, headed by former Premier Bill Davis, and Jaipaul Massey Singh, former chair of Brampton Board of Trade.

“Our youth represent the future. [This university will] attract the best and brightest young minds… [and] will help us grow a talent pool that will be a beacon for investment in our city,” Jeffrey told the audience.

The Blue Ribbon Panel and city will now need to focus on choosing a university partner that focuses on a STEAM-based education, as well as other incentives, such as offering land and possibly cash. The university will then respond to the provincial request in January.

The University of Toronto formally announced it was seeking a partnership with the city, as well as the University of Guelph-Humber. The mayor has hinted previously that Ryerson University was exploring a relationship.

Economic studies completed by the city have estimate a new campus will provide up to 1,800 construction jobs. After construction, an estimated 1,500 operating jobs (faculty, staff, administration, etc) could be created.

Various locations for a university in Brampton have been proposed. Originally, the city had bought former OPP lands on McLaughlin Road south of Queen Street for a university, but eventually built the Flower City Community Centre there. Those lands are still a possibility.

Other possibilities that have been thrown around include Rosalea Park, the Brampton Bus Terminal, and/or the Robson Block/Heritage Theatre. All of those sites are in or near downtown Brampton.

Whether the province will come back to the city with more rapid transit funding after this announcement is up in the air.

Sousa told Bramptonist that “Council needs to make that decision. The province has already expressed its desire that we’re going to build [transit].”

A timeline for when the university would open has not been outlined. The York University-Seneca College Markham campus was approved in 2015 and will open by 2020.

Brampton’s former competition is the proposed Wilfrid Laurier University in Milton, which has been planned during the past decade. Milton sweetened their partnership with 150 acres of land valued at $50 million.

The Milton Education Village proposal is on the edge of town, and would focus on environmental issues, using the Greenbelt as an ecology lab and the Pan Am Velodrome as a campus gym.

This would be Brampton’s second public university campus (Algoma University has a branch in downtown Brampton) and third public post-secondary institution.