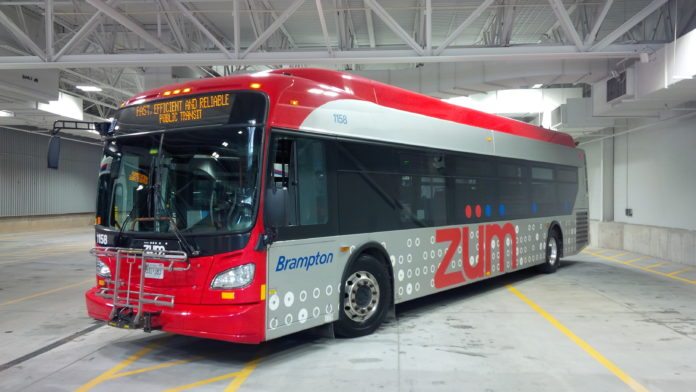 Only adult fares are rising at this point. The transit agency says the new funds will go towards enhanced service, new buses, and operating costs.

Adult cash fare will remain the same. At $3.75, the adult cash fare in Brampton is the second highest in the Greater Toronto Area. It hasn’t been changed since March 2014.

Another change is the “Student” category is being renamed “Youth.”

A recent report to the city last November outlined that this change is being done in order to harmonize Brampton Transit to rest of the GTA’s transit fare categories in the Presto card system.

By changing to “Youth,” the city will be allowing the cheaper fare to apply to anyone age 13-19. Previously, the “Student” discount only applied to those attending high school. More transit passengers will now be eligible for this discount.

Child, Youth, and Senior fares will remain the same.

Brampton Transit will be engaging with the public later in March to obtain feedback on the various service proposals and help prioritize the final service plan.