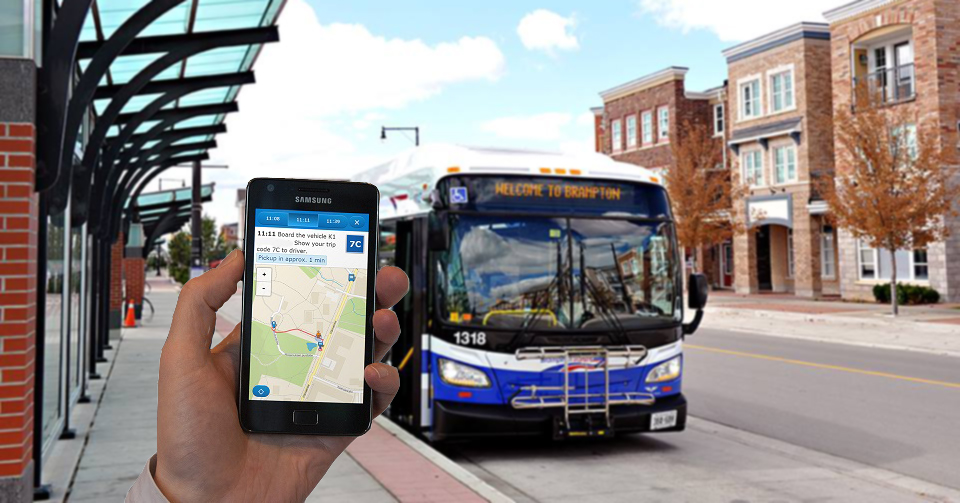 Back in the 1970s, residents could get to Bramalea City Centre or Bramalea GO by simply calling for a bus to pick them up. Now Brampton Transit is looking to introduce a similar service for low-ridership areas.

Riders would be able to call a bus to their location with the click of a smartphone or by calling the city, similar to ridesharing services like UberPOOL. It’s unknown at this time whether the service would be directly operated by Brampton Transit with smaller vehicles, or outsourced to a ridesharing company.

Any dynamic transit option likely wouldn’t take riders across the city, but would pick-up or drop-off riders to the closest Zum station or transit terminal, going to and from any location within a certain area. The vehicles would also continue to pick up and drop off riders along its route.

The business plan identifies specific areas that may be used for a pilot:

While the amount of riders would vary, the business plan says the productivity would be considered useful at between 5-7 passengers per hour per vehicle for Dynamic Transit during weekdays. In comparison, Zum routes are expected to serve at least 57 passengers per hour, and local routes have a minimum of 32 passengers.

Known as “Dial-a-Ride” back in the ’70s, residents in Bramalea could call an office ahead of time, and the bus would pick them up and drop them off within a designated area. This service stopped in 1974 when Bramalea was amalgamated with Chinguacousy Township to form Brampton as we know it today.

Innisfil, which has no transit service, launched a similar project using UberPOOL in May 2017. Rides within that town are subsidized and rides to certain destinations have a set fare, such as the Town Hall or Barrie South GO Station.

Considering that Brampton’s taxi industry continues to be up in arms about any form of ride sharing, targeting their ire at Uber specifically, it casts doubt whether this pilot would be contracted out.