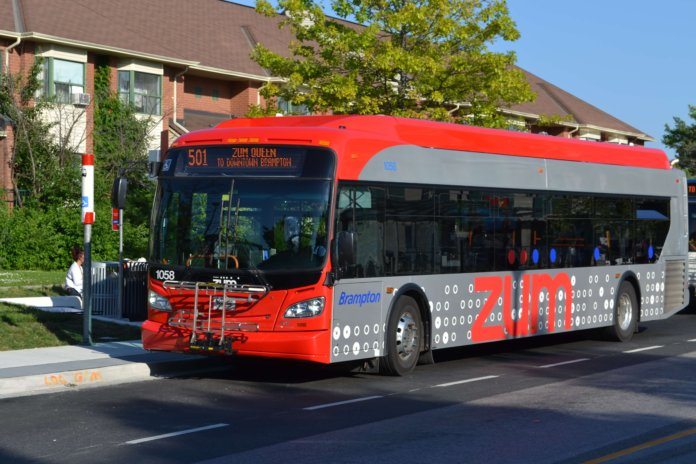 It’s the time of year when Brampton Transit previews what new service initiatives they plan to roll out in the fall, hoping to get public feedback before implementing the new changes.

Eight routes are directly impacted by changes this year, while the transit agency is also trying to figure out a new long-term transit strategy for the rapidly developing outer corners of the city.

When the new Spadina subway extension opens to Highway 7 via York University by the end of the year, there is going to be a major overhaul of routes serving the university. York has expressed their desire over the past several years to eliminate as much bus service as possible on campus.

So what to do with the 501/A Queen buses to York? Brampton Transit has three options, and they’re not going to please everyone. All of the options lose the connection to the many GO Transit routes that are moving to the new 407 Station.

The first option is simply to maintain the status quo. The second option would permanently sever the 501 and 501A. The third option is to eliminate the 501A and transfer all service to the 501. Each has their advantages and disadvantages.

All the options would service the new Vaughan Metropolitan Centre Station via the new Highway 7 West busway, though the section west of Highway 400 won’t be complete until 2019 and may hinder service.

With all options, it’s unclear what — if any — extra fares Brampton Transit passengers would pay to take the subway between Vaughan Metropolitan Centre and York University Station. These details have not been figured out yet.

6 James Potter: Extended to continue north to Mount Pleasant GO via James Potter, and will stop on the north side of the station.

26 Mount Pleasant: Will proceed up Veterans Drive to Mayfield, go east and loop around the Clockwork Drive area.

31 McVean: Will no longer service McVean between Countryside and Mayfield, but will instead veer east on Countryside before going north on Gordon Randle Drive.

58 Financial: Will operate both ways on Financial Drive north of Steeles, and go west of Mississauga Road to loop at Montpelier Street.

The transit agency still hasn’t decided where the new Airport Zum will terminate but has eliminated Westwood Mall from the running.

The city is also previewing what a future Mount Pleasant transit network will look like, including arterial road route realignments, new routes on Wanless, Brisdale, Creditview, and Mayfield, and new branches. 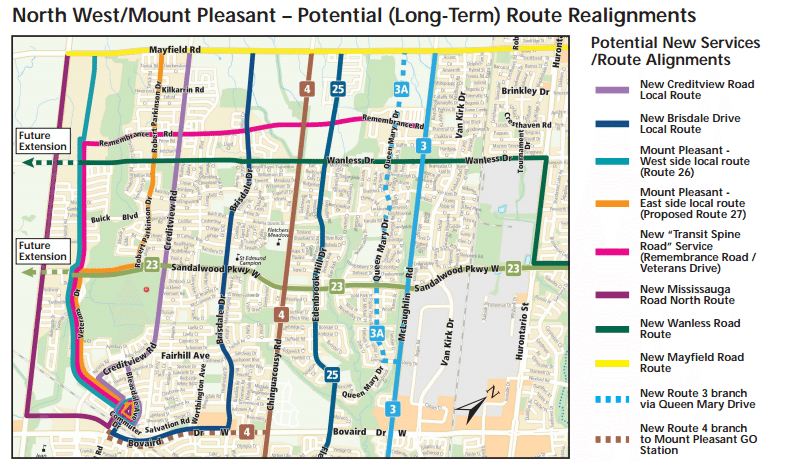 Brampton Transit will no longer print out paper brochures for routes, keeping them online only. They are trying to redirect riders to using the Next Ride service, or Metrolinx’s Triplinx planner, which integrates all GTHA transit services into one portal.

The city is hosting five public consultation sessions over the next two weeks. Find details here.

You can also view the changes online, as well as submit your feedback here.