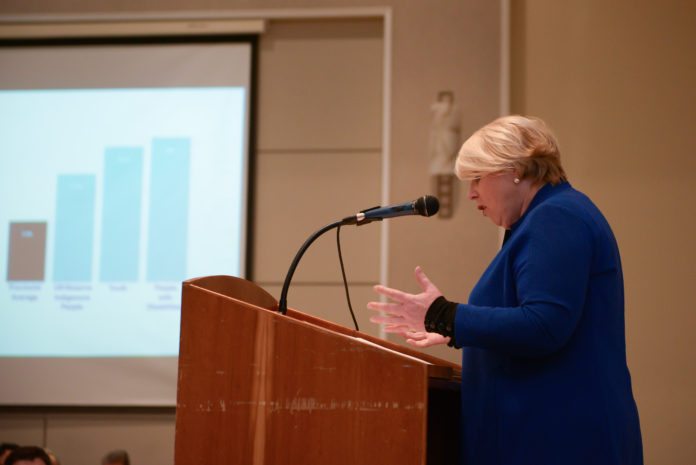 Months after promising that Brampton would be granted a university campus, the Ontario government has opened the “Request of Expressions of Interest” (REOI) to allow for the development of university campuses in Brampton and Milton.

Deb Matthews, Minister of Advanced Education and Skills Development, was in Brampton yesterday for a Brampton Board of Trade event at which she made the announcement.

The provincial government will revive an old two-step process for campus selection, possibly because Brampton has not officially chosen a university partner at this stage.

Universities are expected to partner with colleges, as well as industries.

The government will first look at REOI from prospective universities. These are due on March 6, 2017. The REOI needs to outline programming, estimated costs (building and operating), contributions from universities and their partners, and what is expected from the provincial government in terms of support.

The guidelines and templates that universities are expected to use are available online.

The government will then evaluate the proposals and create a short list of universities.

The chosen universities will be announced in May 2017, at which point an “Invitational Call for Proposals” will be released. The deadline at that stage will be July 2017.

The successful university bid will be announced in the fall of 2017.

Between the Brampton and Milton campuses, it is expected that 1,000 new full-time student spaces (part-time students will not count towards this total) will be available within two to five years of opening, according to a recent memorandum.

Only Ontario universities are eligible to apply to the REOI. More than one university may partner, though one is required to take the lead.

The REOI is also required to address what kind of infrastructure the university needs and how it plans to obtain space, including acquiring existing infrastructure, leasing space, and/or creating new buildings. Renovations to existing spaces are eligible for this criteria.

Universities are expected to discuss ancillary services (health, recreation, food), and how they might provide this using existing community resources and spaces.

The proposed location for the university must “focus their development in areas of urban intensification, while also leveraging public transit.”

The $180 million that Ontario announced in October is flexible funding, in that it does not have to be split evenly between Brampton and Milton. It’s entirely possible that, based on the bid, Brampton gets more funding than Milton. The government also expects that campus plans incorporate other revenue sources.

The role of the municipal government will be to support the proposal the ministry selects.

This article will be updated as more details are released.