Deputy Premier Deb Matthews was in Brampton Tuesday to announce the call for proposals from universities looking to partner with the city on a new campus.

Matthews emphasised that the final decision about the university partner will lie in the hands of the ministry, and not in Brampton’s.

While it’s up to Brampton to find potential collaboration partners with which to make a strong case, the decision of Brampton’s university partner will be left up to the Ministry of Advanced Education and Skills Development.

After the Hurontario-Main LRT decision, in which the majority of Brampton’s city council voted down $400 million in transit funding from the provincial government, some may be unsurprised to find the province reluctant to leave the decision in council’s hands.

The now-defunct Hurontario-Main LRT was a part of the province’s large-scale plan for connectivity between GTA cities, and Brampton’s decision put a wrench in things. 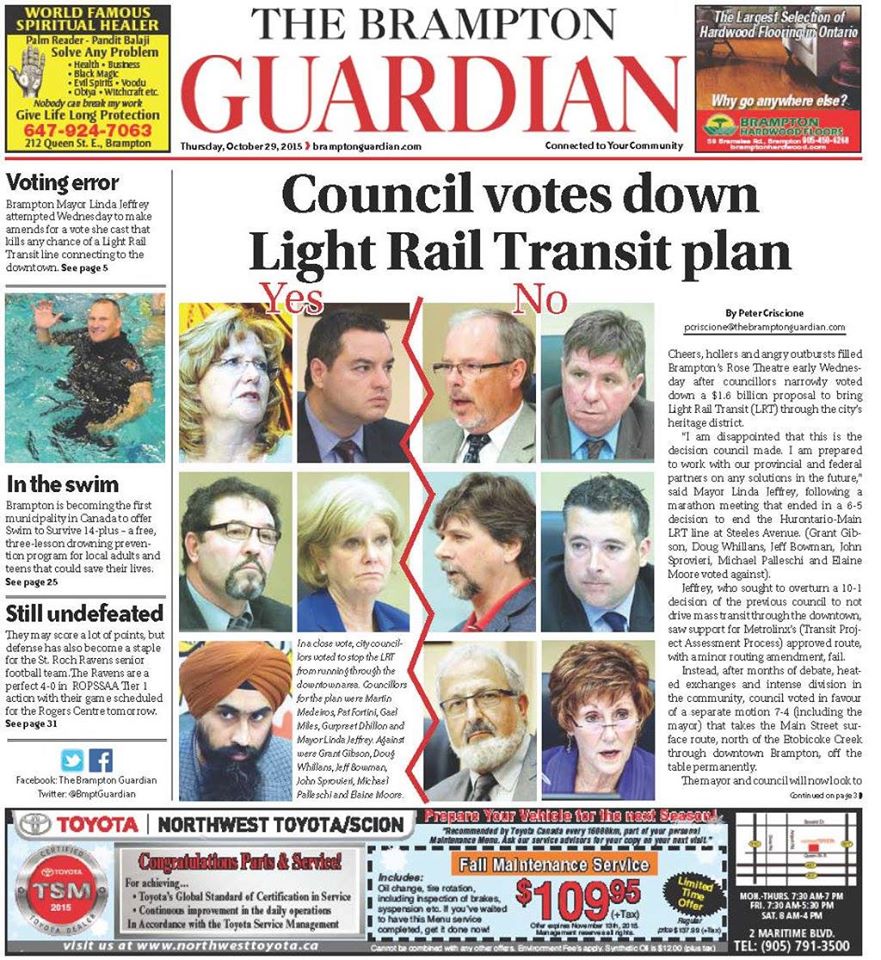 Some Brampton councillors already assert Brampton should demand more than the announced $180 million. While not every councillor’s position is yet clear, university naysayers are beginning to align with the councillors against the Hurontario-Main LRT.

Indeed, Councillor Grant Gibson appears concerned that a university will encourage unsavory extracurricular activities. He expressed concern at the Committee of Council meeting on Wednesday that there would be “drinking and fun”.

Council has sat squarely divided for the majority of its term thus far, with the six who adamantly fought against the Hurontario-Main LRT often sitting in opposition of Mayor Linda Jeffrey.

Time will tell if the university is destined to progress in the same manner, or whether councillors will set aside their differences to ensure Brampton’s road towards more post-secondary options is a seamless one.