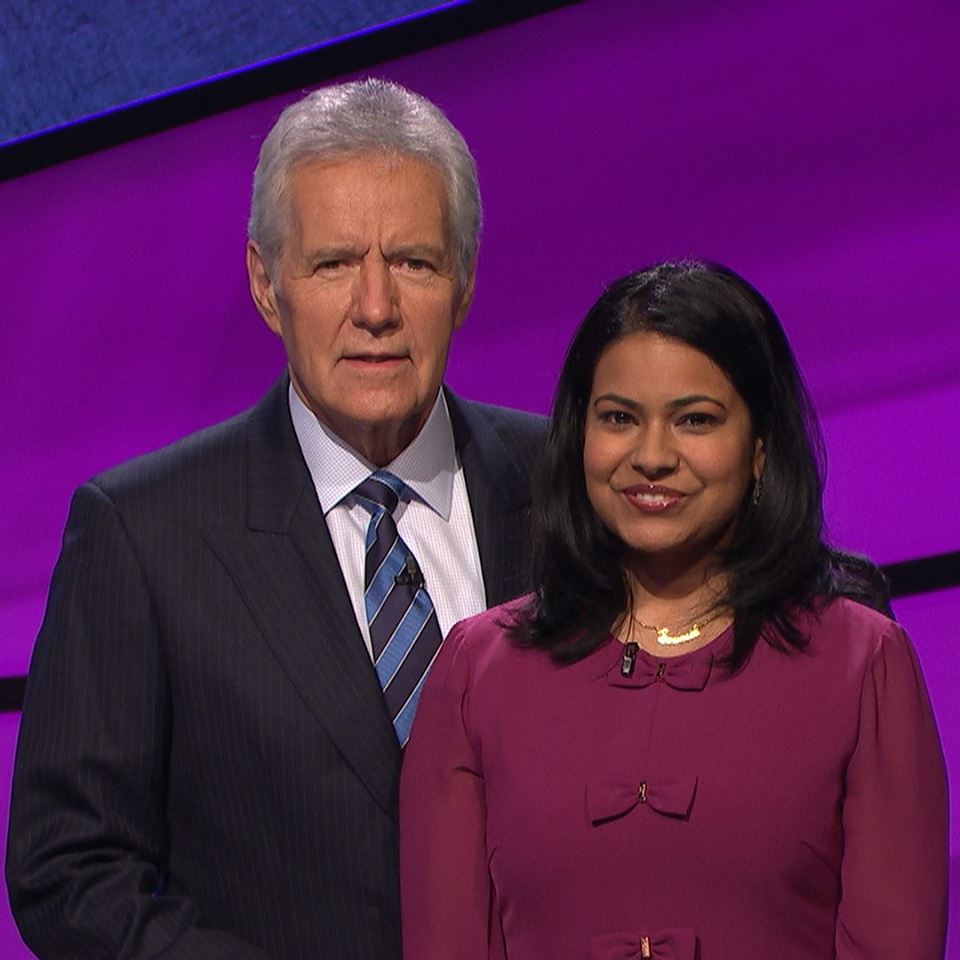 Die hard fan Soumia Meiyappan from Brampton has finally realized her dream of being on popular trivia show Jeopardy!

This successful attempt marks Meiyappan’s second try at being on the show. A few years back she completed the online aptitude test and travelled to NYC for an audition, but was not selected. The second time around Meiyappan received a call two months later and flew to L.A. for the taping of the episode.

In preparation for being on the show Meiyappan practiced her buzzing in technique with ballpoint pens and had family members quiz her.

After over 7,000 episodes, Meiyappan may very well be one of the last Canadians on the show. Jeopardy recently had to change its guidelines which now excludes anyone North of the border from participating in the game.

Meiyappan was proud to announce on the show that she is in fact from Brampton, not Toronto, as many suggested she say. Her episode airs on March 3 at 7:30 p.m. on CBS.