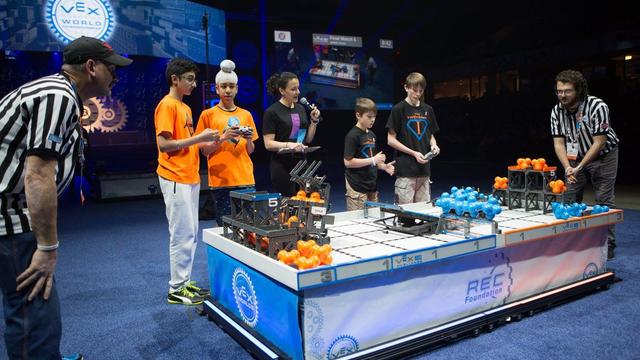 The foursome, named KraftWerx, brought home four awards, and now Bramptonians will have the opportunity to watch all of the action as the team competes against top contenders from across the world.

This year the championships hosted 1,400 teams from 30 countries, three of which were Canadian: Brampton’s KraftWerx, a Vancouver-based team Ten Ton Robotics, and Toronto VEX champs, Shocks.

Watch the youngsters compete June 11 from 2 to 3 p.m. on CBS Sports.