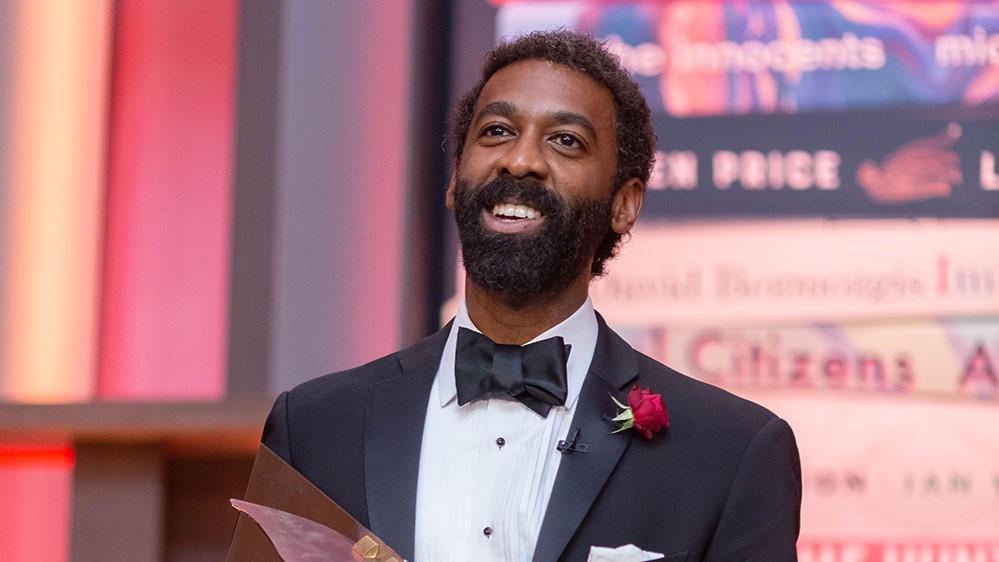 Brampton’s Ian Williams won the 2019 Scotiabank Giller Prize on Monday for his novel Reproduction, which is also set in Brampton.

Williams is to receive the $100,000 prize which was awarded at a gala hosted by the multi-talented Jann Arden and fellow Bramptonian Jael Richardson. Richardson is an author herself and the founder of Brampton’s Festival of Literary Diversity.

As Williams accepted the prize he told the audience the story of how the first book he ever bought with his own money was by Margaret Atwood. Atwood herself was in the audience.

Reproduction tells the story of cross-cultural relationships, family, and chosen family and it all takes place in Brampton. Indeed, the jury who decided the prize said Williams was “masterful [in his] unfolding of unexpected connections and collisions between and across lives otherwise separated by race, class, gender and geography.”

The other five Giller finalists will each get a $10,000 prize and they are:

You can follow Ian Williams on Twitter here, and you can learn more about Reproduction here. If you’d like to know more about the Scotiabank Giller Prize, you can hit up their website here.