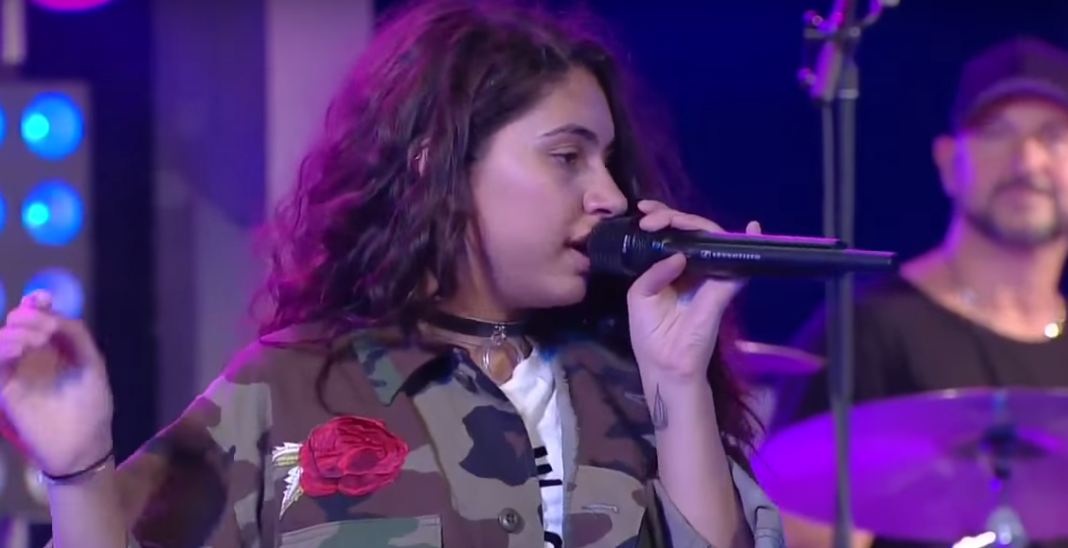 Alessia Cara took to the stage Sunday to open up this year’s MTV VMAs in New York City.

Bare-faced and unapologetically dressed in white kicks and a casual camo jacket, the Brampton-born singer warmed up the crowd with a three song medley, starting with her hit single ‘Wild Things’.

The hit was nominated for best pop video at the VMAs, butting Cara in the running with some of today’s hottest pop stars, including Beyoncé, Adele, Arianna Grande and even fellow Canadian Justin Bieber.

Cara rocked it out on stage in front of the New York City crowd and was joined by Troye Sivan to perform his hit “Wild.”

She then followed their duet up with what was perhaps the highlight of the performance –a beautiful rendition of her self-love anthem, “Scars to Your Beautiful.”

Opening up a show for artists the likes of Beyoncé and Rihanna is no small feat, and Cara completely slayed it in that effortless way of hers.

It’s been a whirlwind year for the singer since the release of her hit single “Here.” Clearly her success won’t be short-lived. She’s currently touring with Coldplay on their “A Head Full Of Dreams” tour.