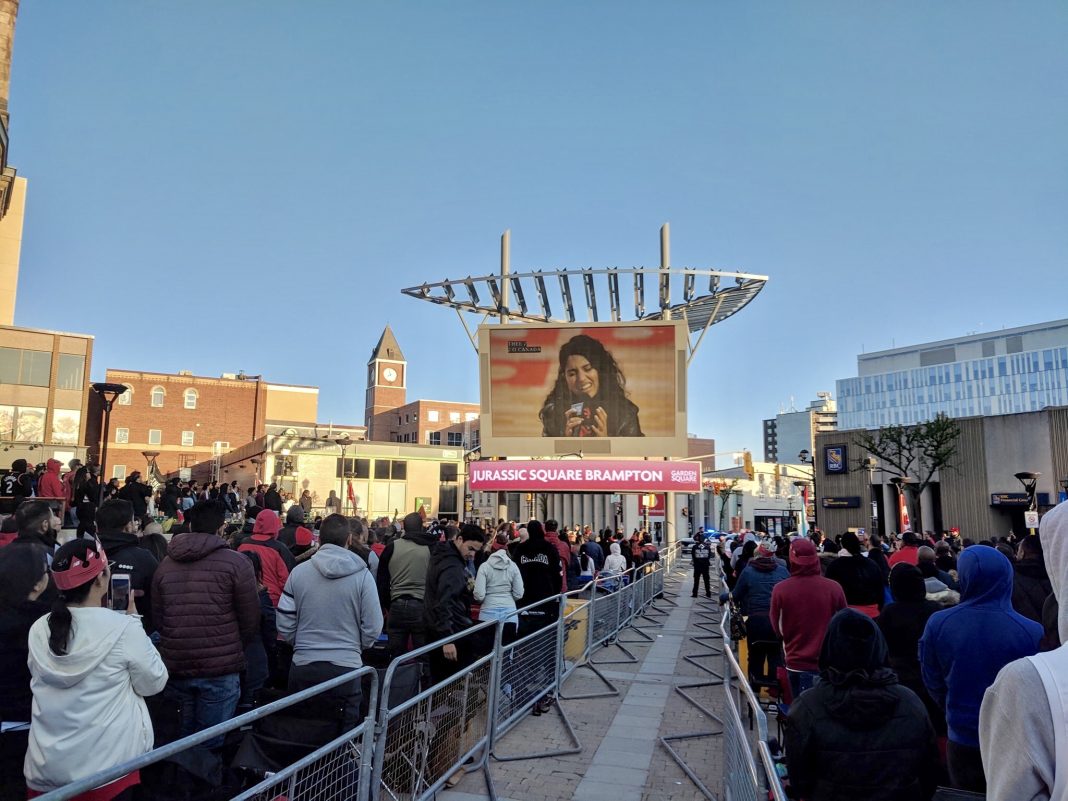 Cara broke out her signature soulful vocals for the occasion but stopped partway through to let the audience take over. Inside and outside the arena fans joined in to sing, and Cara gave them their moment.

This was just the second time ‘O Canada” has been sung in an NBA Finals, as the Raptors are the first team from north of the border to play in the championship final.

The anthem boomed through Scotiabank Arena and Jurassic Park and it was pretty damn touching.

Game 2 was a star-studded affair, with lots of sitting courtside. Naturally, Drake was there, joined by Sean Mendes, Barack Obama, Flo Rida and others.