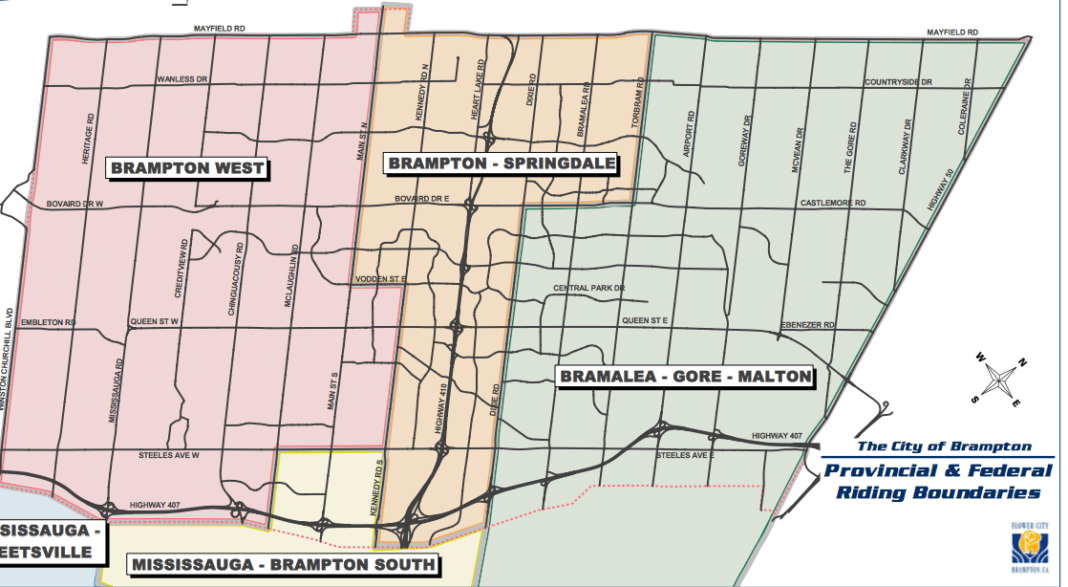 In the 2015 Federal Election, a huge shuffle happened to Brampton’s Electoral Districts. Boundaries were changed drastically and all were renamed. One new riding was added bringing Brampton’s total up to 5 instead of its original 4. 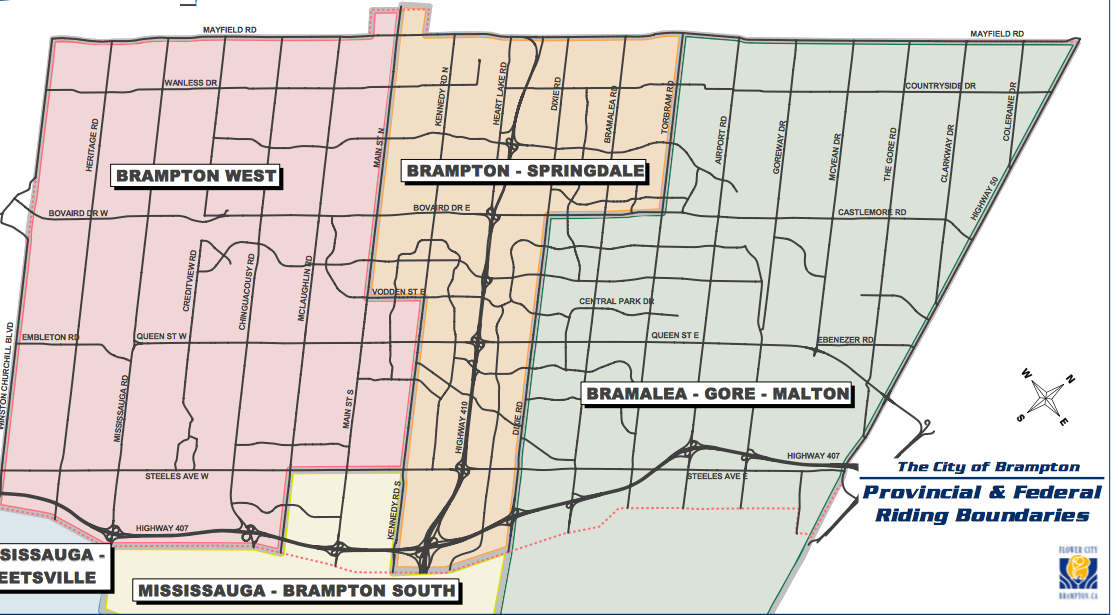 The changes to the city’s electoral boundaries signal a commitment from the province to offer Brampton appropriate representation for its population size, which is closing in on 600,000.

Not only does it allocate one new representative in the provincial legislature from Brampton, but the city will no longer share representatives with Mississauga.

See the province’s full list of electoral districts for the 2018 election here.