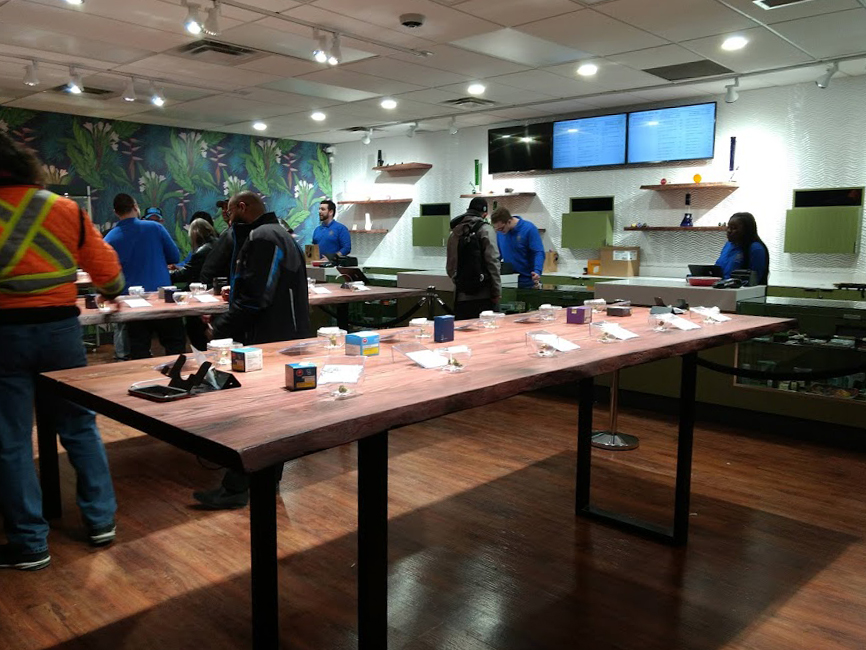 It’s official, Brampton now has Peel Region’s one and only legal pot shop.

Just six months after the federal government officially legalized recreational use of marijuana in Canada, Ontario has finally joined the rest of the country in allowing retail cannabis stores.

Just 10 licenses out of an awarded 25 by the Alcohol and Gaming Commission of Ontario (AGCO) have been given the go-ahead to open, and even fewer of those stores actually opened in time for April 1.

Brampton’s one and only store, Ganjika House, drew crowds its first day open to the public, with lineups stretching outside the store the majority of the day.

The shop is located in south Brampton at 186 Main Street, just one plaza down from Metro and Shoppers Drug Mart.

Ganjika House is the only legal cannabis store in the area as of now. Back in January Mississauga, Oakville, and a bunch of other nearby cities voted to opt out of having stores.

Currently, Toronto, St. Catharines and Burlington also have stores, with more expected to open in London, Niagara Falls and Ottawa in the future.