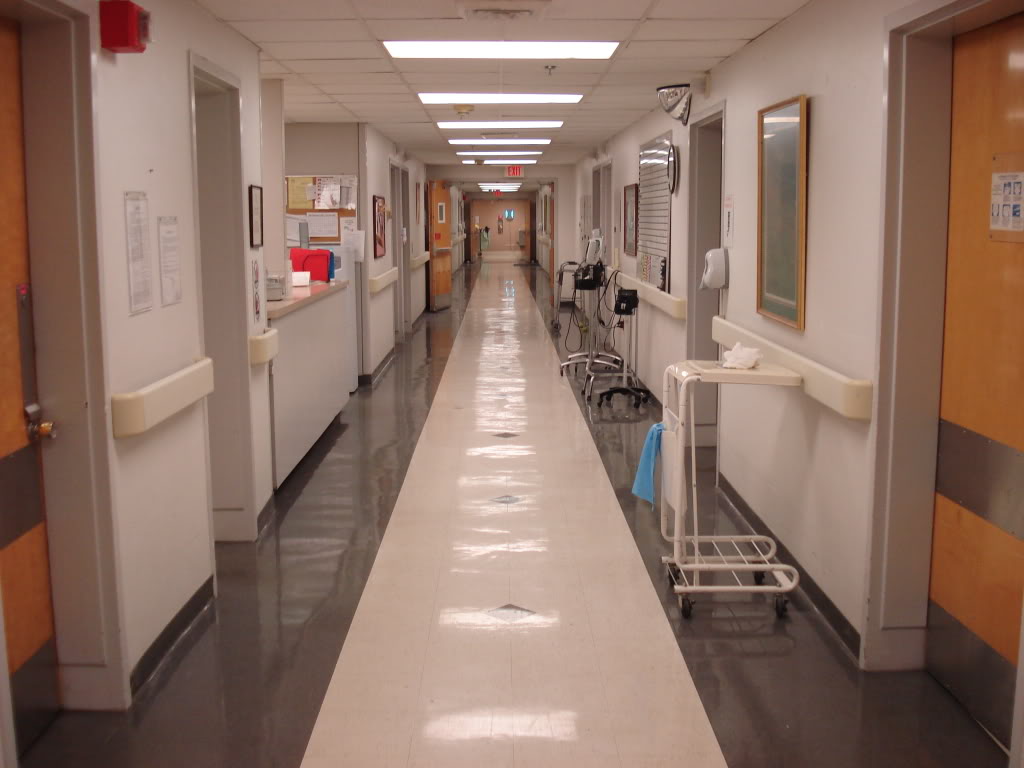 If you’ve ever felt like Brampton takes a backseat when it comes to healthcare funding, it’s not in your head — recent stats show Brampton’s network of hospitals has the lowest funding per capita than any other in Ontario.

As part of the Central West Local Health Integrated Network (LHIN) — which includes Brampton Civic, Peel Memorial and Etobicoke General — Brampton receives the least amount of funding per capita from the province for hospital funding.

Brampton has had an issue with chronic underfunding of healthcare for years and has been asking for funding for a new hospital for decades. Wait times in the city are one of the longest in the province, and the city’s one and only emergency room is often overcrowded.

The overcrowding all came to a head last year when it was revealed 4,352 patients were treated in the hallways of Brampton Civic between April 2016 and April 2017. One patient, Jamie-Lee Ball, made headlines last April after spending 5 days waiting in a hallway for treatment at Civic.

The city trails behind Mississauga which received $869.86, and Hamilton, which received more than double what Brampton gets at $1,414.56 in funding per capita.

At the top end of the spectrum sits Toronto Central, which includes 14 public hospitals and serves about 1.5 million people. It received $2,964.11 per capita in 2016/17, a whopping four times the amount of funding that Brampton gets.

Ford recently announced this week a $500,000 grant for a new hospital in Grimsby, Ont., and Brampton will be looking for funding too.

In the spring elections, Ford referenced the hallway medicine crisis at Civic saying, “More than 4,300 patients at Brampton Civic Hospital were dealt with in the hallways. We’re going to end hallway healthcare once and for all. And the way we’re going to end it is to get input [from] the doctors and nurses.”

Despite this Ford hasn’t made any indications he plans to invest healthcare funding in Brampton in the forseeable future. In October Brampton NDP MPPs moved a motion at Queen’s Park to commit funding for a new hospital in Brampton, as well as funding for the expansion of Peel Memorial. The motion was not passed.

Still, the issue remains a pressing one for Brampton residents. “We are ground zero for hallway healthcare here in Brampton and we need funding now,” says Councllor-Elect for Ward 1/5, Paul Vicente.

The emergency department at Brampton Civic was originally built to serve 80,000 visitors annually but now sees 138,000 every year.

Brampton Civic Hospital currently has 608 beds to service a population of over 600,000 residents, or approximately 1 bed for every 986 people. In neighbouring Mississauga, 721,000 residents have a choice of two full-service hospital facilities and more than 1,200 beds, which works out to 1 bed for every 600 people.

When the new Peel Memorial Centre for Health and Wellness opened earlier this year, the facility promised to relieve the pressure on Brampton Civic Hospital. But data indicates the facility was bursting at the seams almost as soon as it opened.

Visits to Peel Memorial are projected to exceed 65,000 in its first year, 20,000 more than provided for by provincial funding.

Better per capita funding could at the very least mean more beds at Brampton Civic to improve the city’s lopsided ratios, but it could also mean upgrading Peel Memorial to a full hospital, or even the construction of a second full hospital, which Bramptonians have requested for decades.

No doubt, Brampton will be watching closely for any news of healthcare funding as Ford navigates his first year in office and tables his first budget. 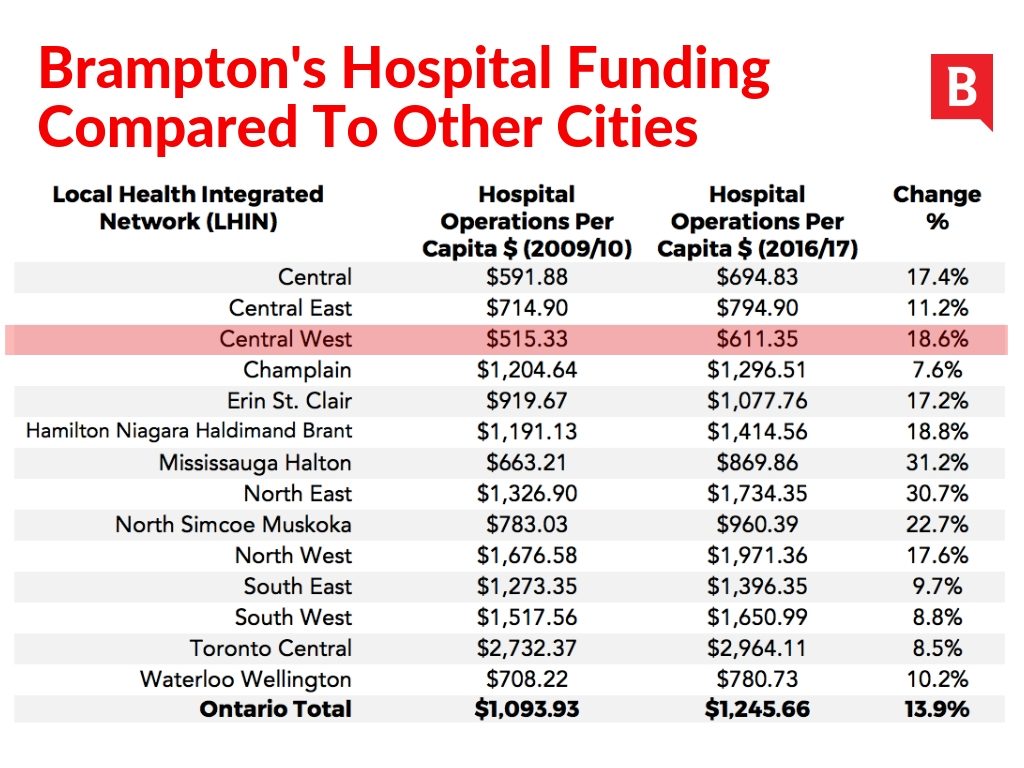