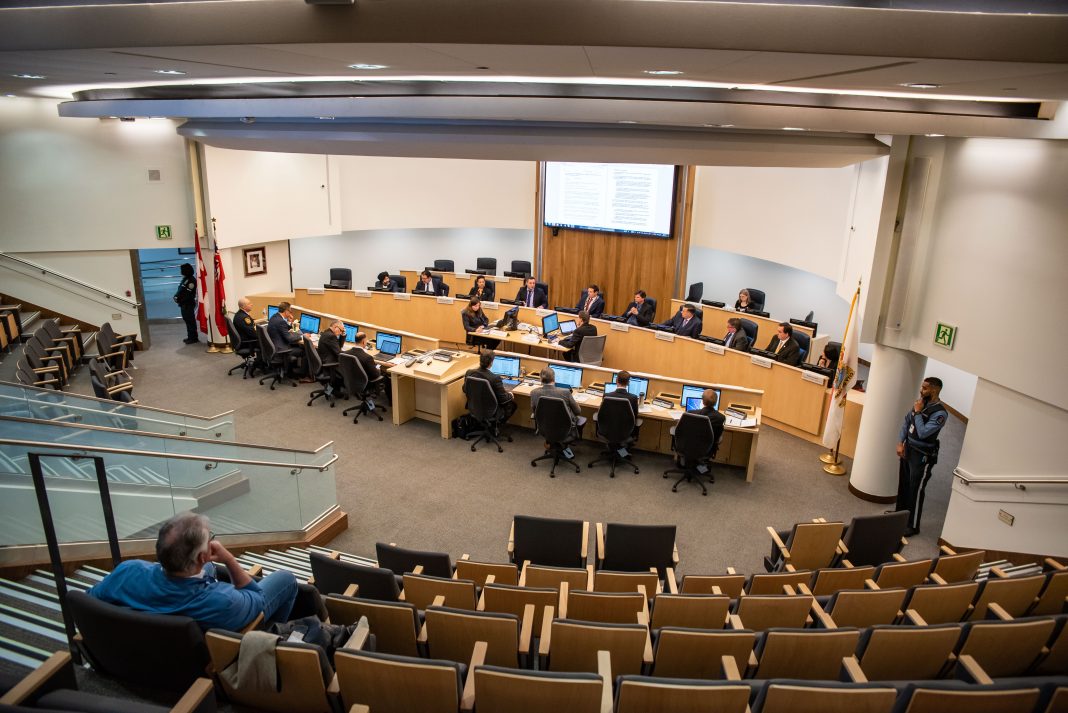 Brampton’s council chambers have been under construction for over a year and it’s finally open to the public again.

For a good chunk of the last session of , and since this new council was inaugurated in December, the city has been hosting council and committee meetings in a boardroom in the West Tower of city hall.

Now the new chambers are open and the city says it has an improved seating layout for councillors and staff, and more comfortable seating for the public in the theatre-style auditorium.

The new chambers are more widely accessible now, with an entrance ramp and accessible seating.

To top it all off the construction also includes improvements to the city’s audio-visual equipment, which will give the city the capacity to better live stream meetings.

Council Chambers are located on the fourth floor of City Hall, at 2 Wellington Street West.