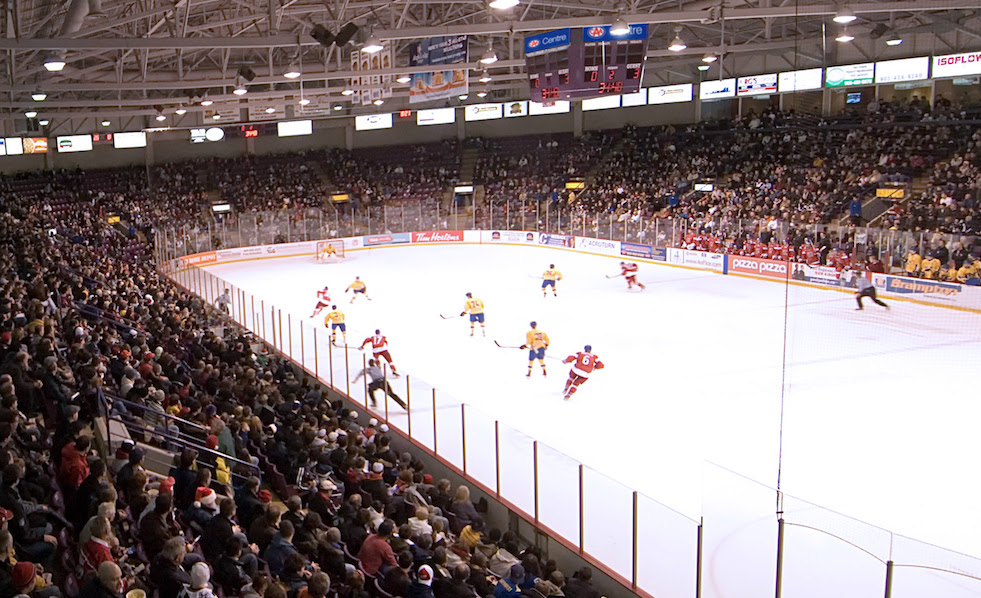 One of Brampton’s most well-known buildings just got a new name. What was once known as the Powerade Centre is now the CAA Centre.

Putting its old name to rest, the building was officially christened the CAA Centre on Sunday, September 29 with a ribbon cutting.

This marks the third time name the 5,000 seat arena has had since its opening in 1998. It was originally called the Brampton Centre for Sports and Entertainment, then Coca-Cola took over sponsorship in 2005 and it became the Powerade Centre.

The arena is now sponsored by Realstar Group, one of Canada’s leading real estate investment and management enterprises, and the Canadian Automobile Association, or CAA.

The building originally broke ground under former mayor Susan Fennell in 1997 with a budget of $26.5 million and was fully operational just a year later in October of 1998.