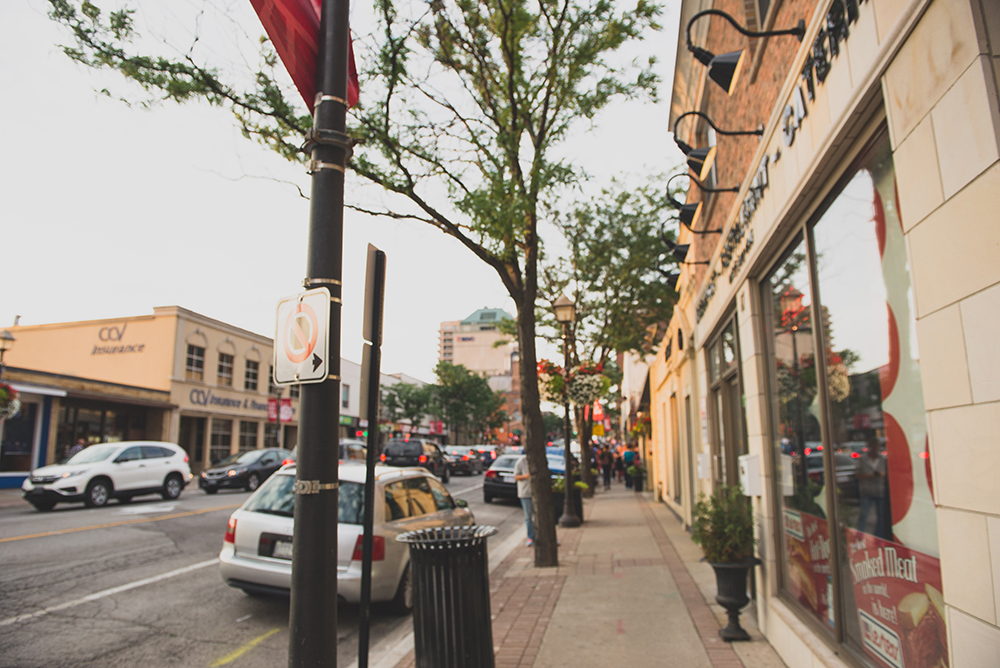 The City of Brampton’s streetscaping plans for the downtown core have been met with mixed reactions from both downtown business owners and residents. Some are unhappy with the proposed removal of street parking and the negative impact it may have on both businesses and residents. Others look forward to a more pedestrian-friendly downtown core and feel it will make the area more accessible and welcoming to everyone.

Others look forward to a more pedestrian-friendly downtown core and feel it will make the area more accessible and welcoming to everyone.

The plan for the changes came about as a result of the Region of Peel’s Watermain Replacement Program. The idea is to piggyback on the construction of the downtown core’s watermain replacement and complete the streetscaping at the same time.

An initial notice of study commencement took place in November 2016, announcing the city had initiated a Class Environment Assessment for streetscaping the downtown area. The plan was to create an aesthetically beautiful environment that would boost the image and awareness of the downtown revitalization efforts.

After two Public Information Centres (PICs) were held in February and April of 2017, the city decided to go with the option 25% voted for, which was to narrow the road to two lanes, add bike lanes, and widen the sidewalks — 36% of respondents voted to make the road pedestrian-only.

While everyone agrees they would like downtown Brampton to be beautiful, they do not agree removing street parking is the way to make it happen. Businesses understand the watermain repairs are necessary, but a few believe the streetscaping plan is a step too far.

The study conducted by the city estimated about 89 street parking spots will be removed as part of this revitalization project, but noted this would be offset by the various parking garages available downtown. The total number of parking spaces available in these garages is between 600 and 1800.

However, business owners who have clients who are senior citizens and those with disabilities as clients think street parking is essential for two reasons: One, people with mobility issues will not physically be able to walk to various businesses if they must park in a parking garage, and two, many seniors do not feel safe parking in garages.

Currently, some businesses use street parking to accept their deliveries and some have cited the frequency of deliveries as another worry.

Under the city’s plan, delivery trucks would be rerouted to Diplock Lane and four other sites across the downtown core, and it has some businesses wondering if the limited area would cause traffic buildups, especially for those businesses who receive multiple deliveries each day.

Some of the business owners mentioned the current economy has caused many businesses to struggle and these changes could force them to move or possibly close up shop for good.

Jayne Holmes Director of Capital Works for Public Works & Engineering at the City of Brampton says they have already begun evaluating the parking garages in the city to ensure any necessary repairs — such as adequate lighting and cleanliness — will be completed.

The city is also upgrading signage so it is easier for residents and visitors to identify where parking garages are located.

Holmes noted the ultimate goal of this project is to make downtown Brampton a destination spot for residents and visitors. Although it will be necessary for everyone to adjust a little bit to accommodate these changes, she assured Bramptonist the city is trying to address everyone’s concerns as best as they can, saying “We all want what’s best for Brampton.”

Council will make a final decision at the end of September, so if residents have any input they are advised to speak to their member of city council soon.

What do you think of the plans to remove street parking in downtown Brampton? Let us know in the comments.