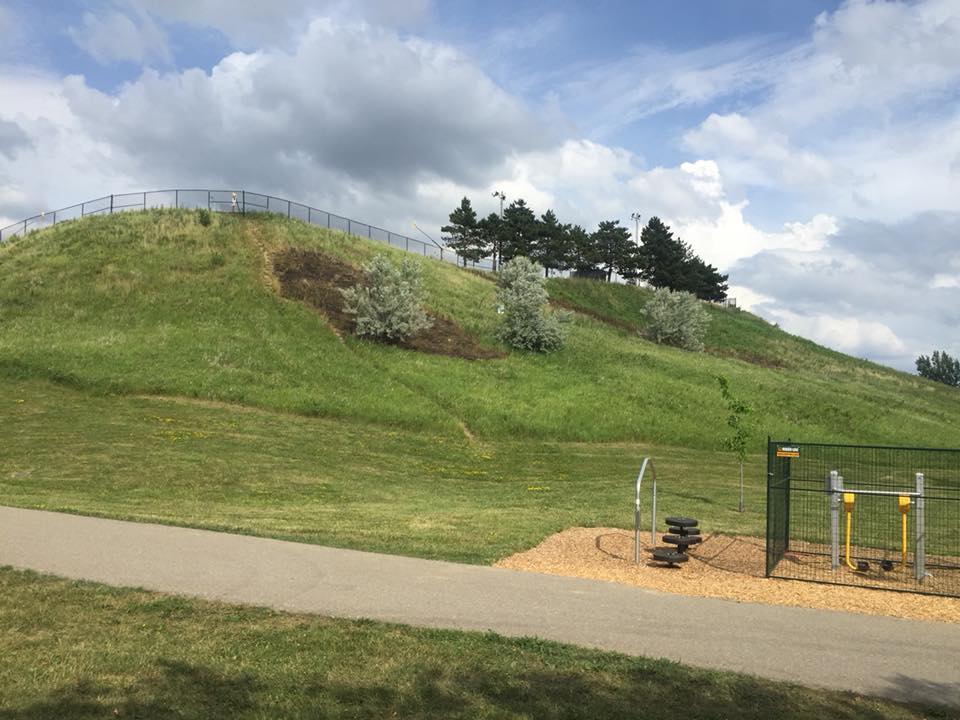 The fireworks didn’t disappoint. They went off without a hitch, that is until part of Chinguacousy Hill went up in flames. The back half of the hill facing Central Park, presumably where the fireworks are set up to go off, now sports a couple of burnt areas.

As residents filed out of the park firefighters raced to the scene wading through the massive traffic jam that always occurs in the surrounding area after Canada Day celebrations.

The fire was safely extinguished by Brampton Firefighters and it appears no one was hurt during the ordeal — it was far enough away from the crowds that it didn’t pose an immediate risk to anyone attending the show.

The City of Brampton always cordons off the area surrounding the hill as a safety precaution and it seems to have paid off this year.