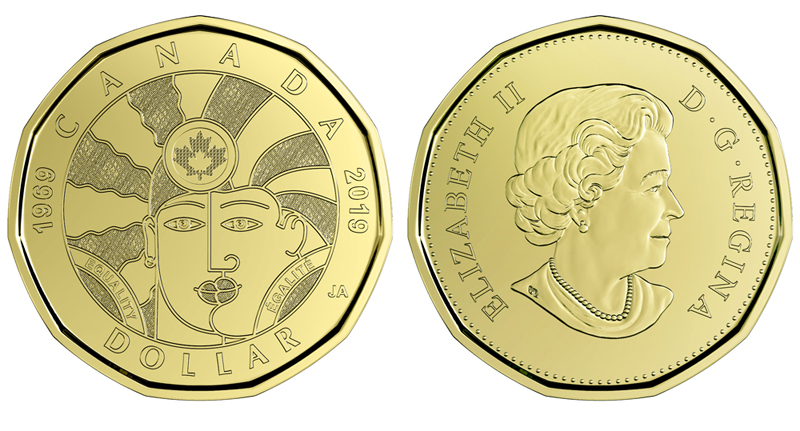 A new commemorative loonie was made a day ago, thanks to Canada’s 50 years of progress for LGBTQ2 rights. The Royal Canadian Mint revealed the design of the new loonie in a ceremony held in The Village in Toronto on Tuesday.

The image was created by Vancouver artist Joe Average, who is known for his colourful art, his photography, and his prominence in the Vancouver gay community.

The loonie will enter circulation as regular tender throughout Canada soon. It comes as part of new legislation after Prime Minister Justin Trudeau apologized to the LGBTQ2 community for Canada’s past discrimination. Trudeau’s apology also came with a $145 million budget for various programs.

However, many have criticized both the loonie and Trudeau’s gesture. The $1 coin was to represent the 50th anniversary of the decriminalization of homosexuality in Canada, but even after the legislation there were still arrests and legal problems.

To see more about the new design,click here.