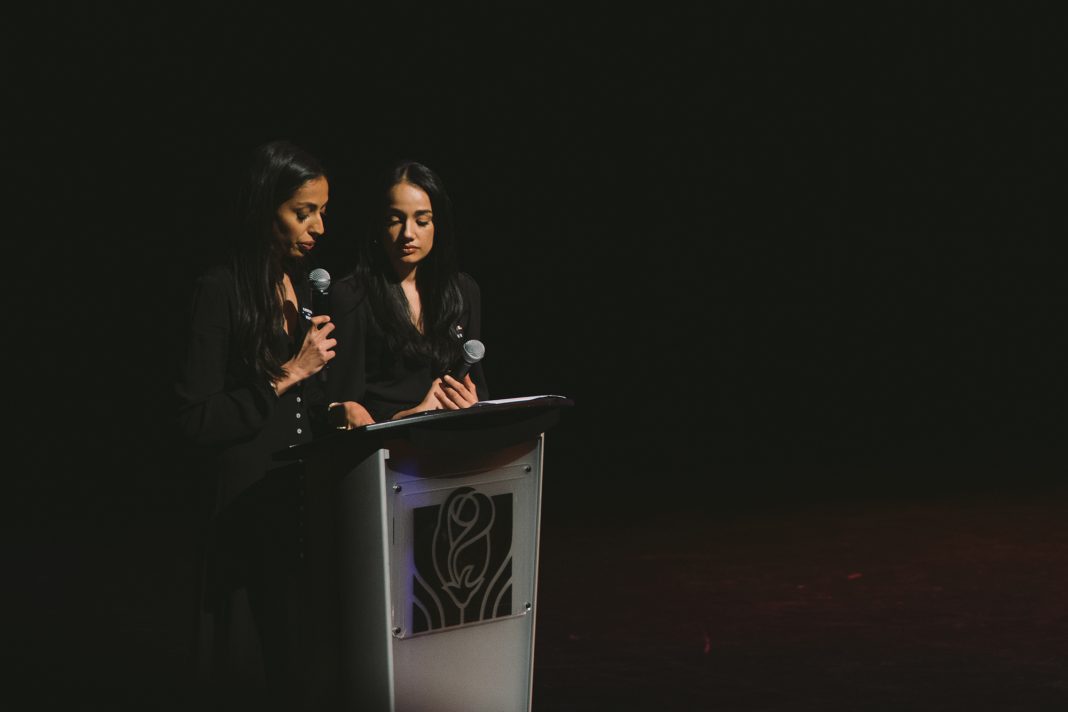 About four hundred Bramptonians gathered together for the second annual ‘Celebrating Seva Event’ in honour of Paviter Singh Bassi at the Rose Theatre last Friday evening on April 12th.

Bassi family launched The Paviter Fund on April 19, 2018, exactly one month after Paviter’s brutal murder outside of a Brampton high school in broad daylight.

The Paviter Fund—the event’s creator and host—puts 100% of all donations to charity work, serving the community, and fundraising efforts such as this event. Serving the community allows the family to honour the Bassis’ son and brother, and his dedication to seva, or selfless service to the community.

Pardeep Bassi, Paviter’s sister, said during the inaugural event last year, “with this initiative we hope to continue the seva that Paviter was so dedicated to during his life.”

The Second Year of Celebrating Seva

Put on by The Paviter Fund, the event was once again held during Sikh Heritage month. Given the Sikh founding principles of charitable giving and community service, the month of April is a fitting choice.

Celebrating Seva was hosted by the Bassi family, with Paviter’s sisters and cousins acting as MC’s throughout the night. It included an art and business auction with over 60 pieces donated from artists around the world, as well as musical performances and motivational speeches by local and international artists and social media influencers.

Jaspreet Singh and Tejveer Singh flew in from the United States, they were joined by British Columbian violinist, Anoop Kaur (who is from Brampton), Pardeep Singh Nagra—a trailblazing Canadian boxer and Executive Director of the Sikh Heritage Museum of Canada, and Brampton’s own hip hop artist, Noyz.

The event was closed out by another famous Bramptonian, internationally acclaimed poet, Rupi Kaur, who was at the inaugural event last year and made it out again as the surprise guest of the night.

Last year’s event was attended by 250 people and raised $30,000. This year there were 600 people in attendance and there were over 100 art and business auction items available for bidding.

This is the culmination of a year full of charitable giving for The Paviter Fund. Along with the Celebrating Seva Event, the family held a month-long blood drive, toy drives at William Osler Health System, provided meals for youth shelter in Jamestown, and created a research grant.

The family is overwhelmed by the support they have received from the community. Gurpreet Bains, Paviter’s cousin, says “we didn’t know what to expect this year, there was a lot of planning and preparation involved of course, but it wasn’t until today that realized the level of support still out here. People want to do good and they want to do seva”.

Bains says she was awestruck by the sheer number of artists and business who reached out to them to offer their support.

Gagan K. Bassi, another cousin, spoke about gratitude, she says, “I’m grateful for the support of everyone who has come out and given generously”.

Family friend Monica Parmar, too, was impressed with the spirit of giving back and hopes the community shows up in even larger numbers going forward. She says, “Just look at the amount of people this event was able to bring together…the momentum is there for sure and we just got to keep it going”.

This hope for a better-connected community was echoed by many others in attendance. Including Rupi Kaur, who perhaps best captured the sentiments shared many of the attendees during her performance. “I am in awe of how the whole family has navigated through their grief…to take a terrible situation and make something positive out of it. It’s one year later and we’re all back here again…this is a testament to the Bassi family!”