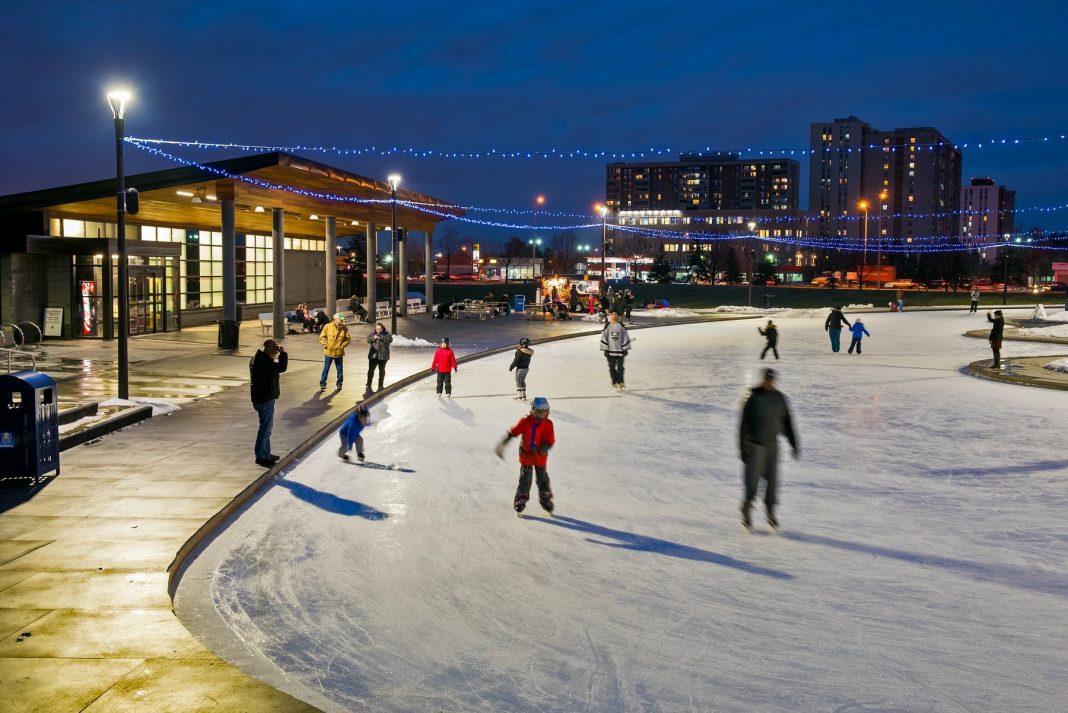 The weather has finally started dipping below zero, but even if you’re not a fan of the cold you’ve got one thing to look forward to: Chinguacousy skating trail is now open for the season.

The trail officially opened up on Tuesday, and now that temperatures are supposed to stay below freezing the rest will follow suit. The trail at Gage Park opened last week.

As of last year, the Chinguacousy trail was the newest outdoor rink in Brampton, but this year it will be dethroned with the opening of the new covered rink at Gore Meadows.

Of course the irregular canal-shaped rink with its 2000 sq. ft. of ice will still remain a favourite.

While the Chinguacousy and Gage Park trails are open, the trail at Mount Pleasant Square and the rink at Gore Meadows remain closed as of this writing. The city’s Parks Department is working to have those up and running soon.

The new covered outdoor rink at Gore Meadows Recreation Centre has been highly anticipated. It was supposed to open a couple of years ago but after multiple delays, it’s finally complete and should open sometime this winter.