Bramptonist
Home News Food & Drink You Can Now Have Movie Popcorn and Snacks Delivered to Your Door... 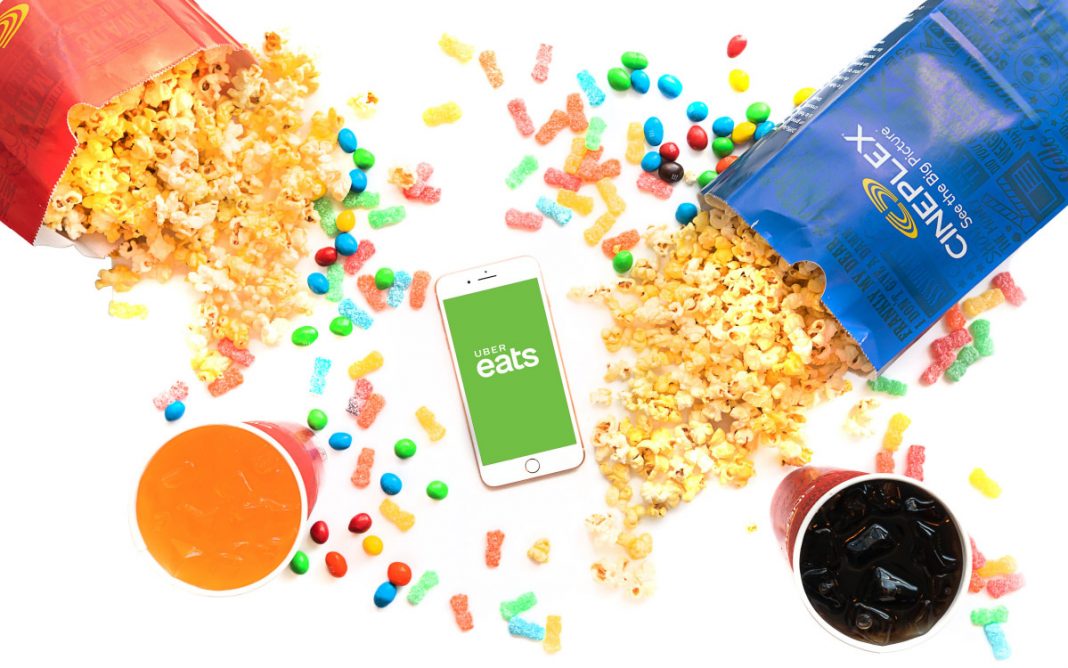 If you’ve ever wanted to enjoy some of the perks of going to the movies — mainly the deliciously buttered popcorn and the snacks — without having to actually go to the movies, your dream has finally come true.

Cineplex is now officially on UberEats in Brampton which is now delivering concession stand snacks like popcorn, hot dogs, candy bars, drinks and even their signature nachos.

More and more people are opting to stay in and stream movies from services like Netflix, and Cineplex is looking for ways to compete. Before launching on UberEats the movie company tested delivery in university towns in Ontario to gauge how popular it would be. Turns out people like the idea of having movie popcorn delivered to their doorstep, and don’t mind the movie theatre prices either. You can expect to pay about the same as usual, plus Uber’s delivery fee of $4.99.

As part of Cineplex’s offerings on the app, combos are also available and some include movie rentals from the Cineplex Online Store.

To make sure the food makes it to its destinations intact, Cineplex employees double bag and seal all popcorn so kernels don’t spoil in transit. They also wrap things like hot dogs and nachos in foil, with condiments on the side.

Since Brampton’s Orion Gate theatre will be closing this September, delivery is only available from Cineplex’s Silver City location at Trinity Commons.