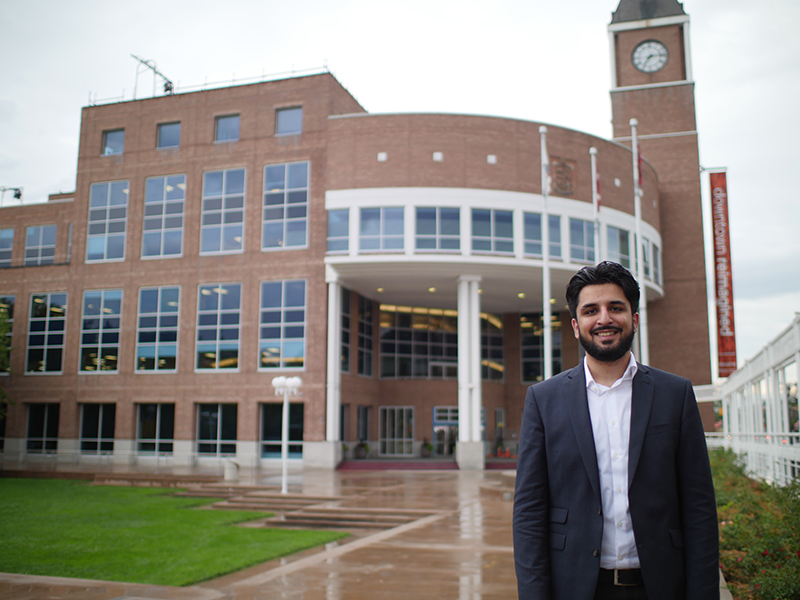 Rohit Sidhu has lived in Brampton for nearly his entire life. There are so many things that make Brampton a great place to live, but there are also an increasing amount of issues that residents of Brampton are dealing with. His goal is to address these issues – rising insurance rates & property taxes; the lack of healthcare funding & resources; traffic gridlock & inadequate public transportation; and to improve municipal services – like snow removal & recreation.

Rohit was born in the GTA, he was educated and raised in Brampton – where he lives today. He graduated from the University of Ottawa – where he obtained an Honours degree in Political Science (BSocSc). After completing his education, Rohit knew he wanted to be involved in local politics in order to improve our daily lives starting from where we live. He was actively involved with various government leaders, delegated public town hall & regional council meetings, and has been involved in many community groups.

Prior to entering politics, Rohit Sidhu was a very successful insurance broker with Five Star Insurance, in Brampton. He helped the community with all of their residential and commercial insurance needs. He hopes to serve in City Hall with the same dedication and integrity that he has become known for.

1. Freezing property taxes and limiting future increases to the rate of inflation
2. Combating the rise in violent crime
3. Attracting quality jobs to prepare Brampton for the future

I agree with the decision of majority of council and the mayor to stop the LRT at Steeles Ave – a surface route on Main St would create more traffic congestion and gridlock, defeating the whole purpose of building transit infrastructure. However, I would review the data on alternative routes that are being studied or the possibility of the Hurontario-Main LRT going underground north of Nanwood Dr.

I disagree with the decision by majority of council and the mayor to increase their salaries, while continuing to increase property tax rates for residents. We need to cap salaries for elected officials and employees – 764 City of Brampton employees appeared on the 2017 sunshine list.

For more information you can visit: http://www.ontariosunshinelist.com/employers/vfqt

I would like to see Brampton, and the Region of Peel in general, to be given better tools for generating revenue. Municipalities in Ontario are far too reliant on property taxes, as we have seen in Brampton with increase after increase – our cost of living continues to go up, but our incomes remain the same. However, Toronto (under the provincial City of Toronto Act) has a wide variety of revenue generation tools, which would help ease the burden on our residents, especially our most vulnerable – those living in poverty and our seniors living on fixed incomes.

I would also like to look into developing a windrow clearing program (snow left on driveways after roads are plowed). Many municipalities have windrow clearing services and we need to look into helping our residents – especially our seniors and those with physical disabilities – in the winter time.

The Brampton 2040 Vision plan is a blueprint to shape Brampton’s future growth with many great ideas that, in principle, we can all agree on. However, the most important part of this vision is that we embrace it and ensure it is not simply shelved to carry on with “business as usual.”

In my opinion the most vital component to achieve this vision would be the idea of working through consensus with Bramptonians – to make sure that the community is actively involved through the creation of a multitude of permanent citizen’s advisory organizations and through the application of the co-design process. I was also impressed the by the idea developing ‘Queen St’ into ‘Queen’s Boulevard’, the proposed figure-8 transit loop, and the goal to have free public transit by 2040.

In order to improve the city’s finances in the long-term there is only one solution – jobs. We need to ensure that the city is attracting businesses and industries to grow in Brampton – in order to balance our tax structure.

The city’s finances definitely need to be reviewed, which was obvious when it became known that city management had been paying themselves bonuses without the knowledge of council. We need to ensure there is more accountability and transparency at city hall – and less bureaucracy. We need to do a line-by-line audit of the city’s budget, establish the real costs of all city expenditures, and cut wasteful spending. We can also leverage new technology and perform data analysis to spend more efficiently and effectively – to get better value for our tax payer dollars.

Lastly, we need to speak up for Brampton – we have been made grand promises by all levels of government, but have ultimately been neglected. Our population has exploded over the last few decades, but our proportion of federal and provincial funding has not kept pace. We need to work with all levels of government – federal, provincial and at the Region of Peel – to make sure Bramptonians get their fair share, instead of just empty promises.

The rise in violent crime in Brampton is a problem with many contributing factors and no easy fix-all solutions. What I would like to see focused on is proactive community-oriented policing – in order to prevent crime, rather than responding to solve it – and investing in proven evidence-based approaches to combat crime.

We also need to focus on our youth: to keep them active and engaged, in order to keep our youth away from drugs, gangs, and violence. This can take many forms such as lowering fees at city recreation centres, improving our parks, after school programs, and so forth. The key component however will be to work with and being responsive to local communities. Secondly, we need local post-secondary education and local meaningful employment – if our youth cannot find employment then crime will continue to increase.

I believe the residents of ward 9 & 10 should vote for whoever they believe is the best candidate and feel will best represent their interests at city hall. This is more than just a job for me – I have serious concerns for Brampton’s future and would like to see this city reach its full potential.

I would like for Brampton to remain a safe and vibrant community where we can raise our children and grow old. We need a city hall with a vision and ideas to take us forward – not just rhetoric – and we need a city hall that listens to the people – not just special interest groups. That is why I am the best choice for City Councillor in Wards 9 & 10 – so please remember to go out and vote for Rohit Sidhu on Monday, October 22nd. 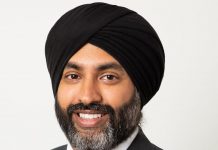 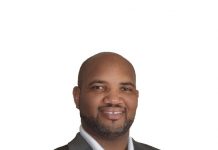 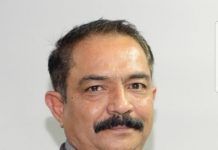