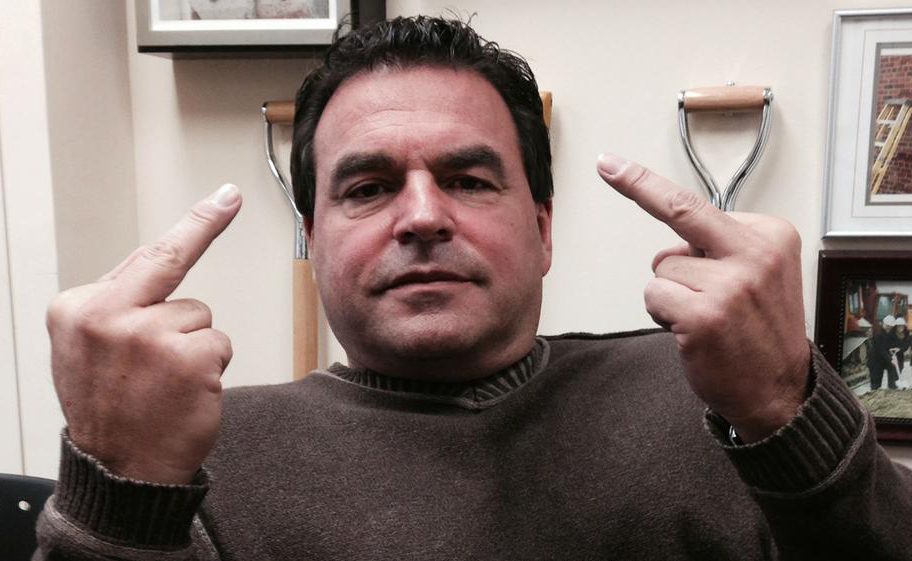 Controversial Toronto City Councillor Giorgio Mammoliti has announced his plans to jump back to Queen’s Park and will seek the nomination in Brampton Centre for the Ontario Progressive Conservatives.

Mammoliti, an often outspoken and usually controversial member of Toronto Council, was previously elected as a NDP MPP in the riding of Yorkview back in the ’90s.

As of now Mammoliti doesn’t live in Brampton and as far as the public knows, never has, but he plans to move to the city if elected. He plans to keep his council seat in Toronto but not collect a salary, and if he loses provincially he plans to run in the fall municipal elections.

Controversy has followed Mammoliti throughout his political career.

in 1991 and 1992 Mammoliti raised eyebrows after billing taxpayers more than $14,000 for 50,000 km in mileage for traveling to and from Queen’s Park and his riding. It was considered an unnecessarily high amount. Analysts say that this could only have been accrued had Mammoliti traveled every day of the year for 3 and a half hours.

CBC reported in 2013 that Mammoliti and another city councillor, David Shiner, were getting rent breaks for developers that did business with the city at the time, though Mammoliti denied it.

In 2014, Mammoliti was docked pay for 90 days after the integrity commissioner found that he had accepted $80,000 in cash from a fundraiser thrown by him and his staff.

The Toronto Star also reports that Mammoliti has a dodgy attendance record at council, missing half of all recorded votes in 2017. He’s also regularly been in the trouble with Toronto’s watchdog group which monitors council conduct.

Over the years Mammoliti has taken some controversial positions. In 1994 he went on a homophobic rant in the legislature about same-sex couples and even went so far as to suggest that they were responsible for spreading AIDS.

It appears Mammoliti doesn’t take issue with strip clubs though. In 2009 he, along with a couple of other city councillors toured and had lunch at House of Lancaster Gentlemen’s Club on the Queensway. The councillors claimed that it was in order to inspect working conditions, but that they did not watch a show while there.

Mammoliti’s move seems a strategic one since Brampton Centre is a new riding and has no incumbent. It was initially formed during the last federal election along with a rearrangement of electoral boundaries in the city.

If chosen as the PC candidate Mammoliti goes up against past member of federal NDP leader Jagmeet Singh’s campaign, Sara Singh. Singh has deep roots in the Brampton community having engaged in advocacy work and a number of charitable initiatives. As of now, the Liberals have not yet revealed their candidate for the riding.