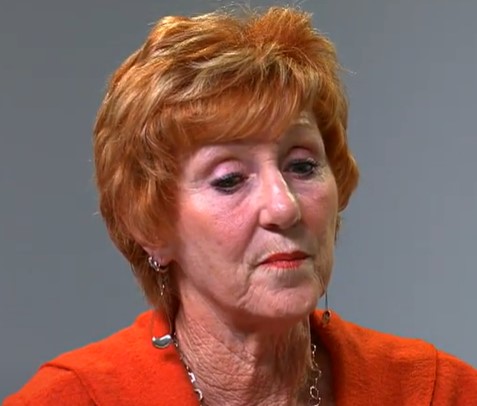 Brampton City Council consists of a Mayor and 10 Councillors. To pass a motion, representing a decision of Council, you need a majority of 6 of the 11 votes.

On one side, you have disgraced Councillor Gurpreet Dhillon who was concluded to have engaged in sexual misconduct by Brampton’s Integrity Commissioner Muneeza Sheikh. Dhillon is joined by Councillors Pat Fortini, Martin Medeiros, Doug Whillans, and Jeff Bowman. The sixth member was Charmaine Williams. They’re called the Gang of Six.

On the other side, you have Mayor Patrick Brown, and Councillors Rowena Santos, Michael Palleschi, Harkirat Singh and Paul Vincente.

The Gang of Six

Then they appointed their own Integrity Commissioner without following the policy on contracting rules.

The Gang of Six also terminated the Chief Administrative Officer, and behind closed doors, appointed a Director with no CAO experience, Paul Morrison. Councillor Pat Fortini did not declare a conflict of interest even though Morrison had previously hired Fortini’s daughter full-time at City Hall.

After firing the CAO, and without any transparency in appointing Paul Morrison, the Gang of Six directed the termination of several key administrators in Communications, Public Works, Government Relations and Community Services. Again, without any formal process or job competition, the Gang of Six directed the appointments of their own staff to fill into these key positions.

Then, the Gang of Six appointed two of their own, Pat Fortini and Martin Medeiros, as Deputy Mayors. No consultation with the electorate occurred as they appointed themselves the power to set agendas, call meetings and chair Council.

After wasting $500,000 of the public’s money on a baseless investigation, where the independent forensic accounting team at Deloitte found no wrongdoing of the actions of the previous administration, the Gang of Six appointed new investigators. They are now spending hundreds of thousands in additional tax dollars on new rounds of investigations.

Today, the Gang of Six has hit a major bump in the road. Councillor Charmaine Williams was leading in the polls to become an MPP, and if successful in winning the provincial seat, Williams would eliminate their totalitarian power. In order to maintain their heavy thirst for power, the Gang of Six hastily pre-appointed Elaine Moore to Council in order to keep their number at 6. Unprecedented, this led Williams to select her own replacement.

This latest dictator-style power maneuver to pre-appoint Elaine Moore has met resistance. The City Clerk Peter Fay, who is responsible for advising Council on procedural matters, stated “this motion is premature and is not consistent with the Municipal Act, as it is written today”, he continued, “I can tell you that I’ve conferred with a number of clerks across the province and I’m not aware of an example where a Council has, before a seat has been declared vacant, taken an action similar to this.”

The City’s lawyer Sameer Akhtar, confirmed the Clerk’s interpretation of the legislative rules, by saying to Council “As has been said, Council has the ability to appoint to fill a vacancy, however based on the reading of the Municipal Act, to do so prior to the existence of a vacancy could be the basis of a legal challenge and I would be remiss if I don’t advise Council and you know, provide advice on how to mitigate the risk associated with it.”

With complete recklessness of the risks involved, the Gang of Six fired their lawyer. Then, after the termination, the Gang of Six appointed their own lawyer Diana Soos. Previously, Soos left the City of Brampton after not getting the top legal job in an open job competition.

After a path of destruction, terminations and appointments, Charmaine Williams eventually won in the provincial election on the PC blue wave and resigned her seat from City Council.

After Williams resigned, Mayor Patrick Brown and the four other Councillors abstained from the next meeting of Council where the William’s seat would be declared vacant. In a media release, they wrote, “Ontario municipal legislation requires that Council wait until an empty seat is declared vacant before making a decision on how to fill it”, and continue “Members of the public, including residents of Brampton have spoken out about the lack of transparency and question the validity of the process.”

The resistance to the pre-appointment of Elaine Moore has received significant support from Bramptonians following the stories on social media.

Respecting media articles on the pre-appointment, @LisaStokes66 writes, “Important explanation about what’s going on at City Hall with respect to the possibly illegal appointment of ex (councillor) Elaine Moore”.

@PeelIWG comments “You missed that in violation of the Municipal Act, councillors incl. Charmaine Williams voted to replace Williams w/Elaine Moore prior to the election when no such vacancy existed. How do you vote for your successor on the chance you win an election? This council is so messed up.”

@FazCDN posts, “Interesting to watch dinosaur #Brampton #brampoli folks contort themselves into justifying the pre-anointment of Elaine Moore. In what form of democracy can outgoing politicians appoint their successor, and then expect no consequences?”

In response, the other Councillors who are not caught up in the political shenanigans of the Gang of Six, are seeking independent legal opinion on how best to proceed. Their actions will be important as the results will determine the right for transparency and accountability at Council.

Unfortunately, the appointed Ontario Ombudsman Paul Dube remains silent, and turns a blind eye to what is happening in Brampton. In his legislative authority, Ombudsman Dube can review any decision or action of a municipal council, but to date, refuses to intervene. Dube has kicked the political football to the next Minister of Municipal Affairs, whoever that is.

Premier Ford is expected to announce his new cabinet on June 24th.