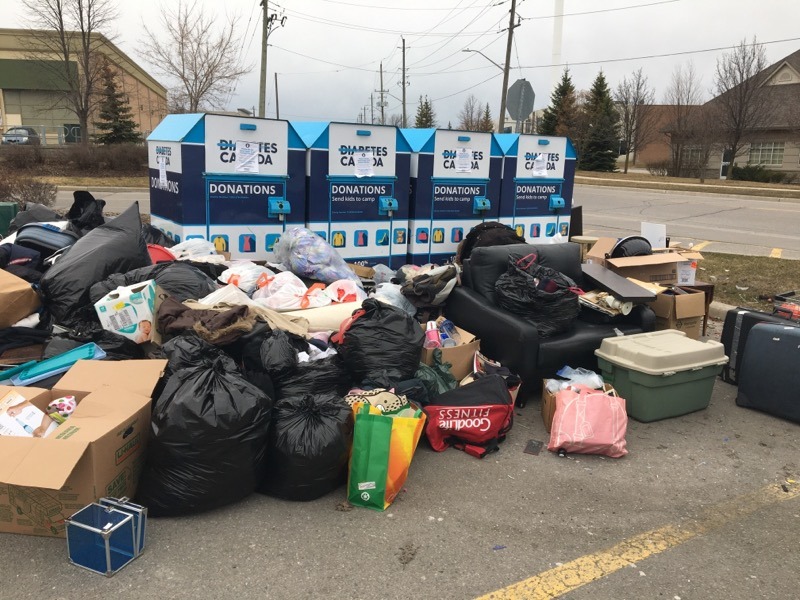 Diabetes Canada has issued an open letter to all community leaders and elected officials that they will no longer be accepting donations at this time.

Donation bins from Diabetes Canada have been overflowing and have become a dumping ground from those who are doing spring cleaning during the COVID-19 shutdowns. What many don’t realize is that the organization (and others like it) has stopped collecting all donations from both homes and donation bins throughout Canada back on March 23 when the government of Canada issued the closures of all non-essential services.

Additionally, nothing that is sitting around outside the bins is going to actually go to help anyone. It is just going to the landfill. Therefore people have been strongly advised by many sources, including Diabetes Canada, to keep their donations at home until it is safe to start donating again.

The organization is now reaching out to all community leaders and elected officials in Canada to share this information and help raise awareness through social media and newsletters in order to put a stop to this unsafe and unsightly situation. Read the full letter here.