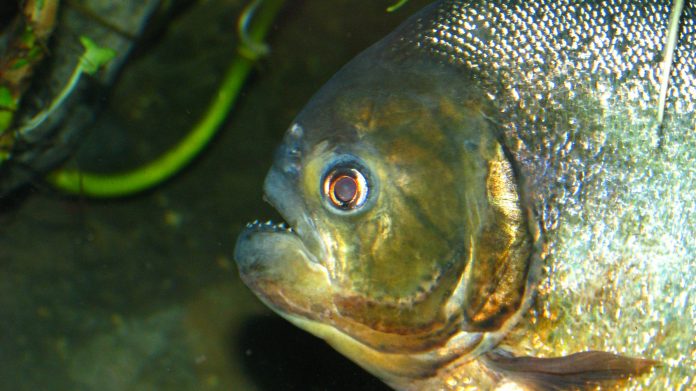 It’s somewhat of an urban legend around Brampton. We’ve all heard second-hand accounts or stories from friends of friends that piranhas were found in Professor’s Lake one time. But is it actually true?

Here’s the scoop. It isn’t an urban legend or myth, it actually happened, but not to degree that we’ve all heard.

On August 7, 1998, Tom Whitaker a man fishing at the lake, ended up with a piranha on the end of his rod. For four intense days, the beach was closed as the city scoured the lake for more fish.

They paid a hefty sum for environmental consultants to comb the 65-acre area with traps and nets. They even had snorkelers on hand and used electrical currents to try to bring the fish to the surface.

As it turns out, the one piranha was a fluke. They didn’t find any others and determined that it was likely someone’s pet dumped in the lake. It just so happened that it was dumped at a time when the water was warm enough for the piranha to survive.

There haven’t been any more sightings of piranhas since that fateful day, luckily for the city. One lone piranha lost them thousands in admission revenue and programming dollars.

Yet the urban legend remains, lifeguards and staff on-site regularly field questions about piranhas in the lake, even over 20 years later.