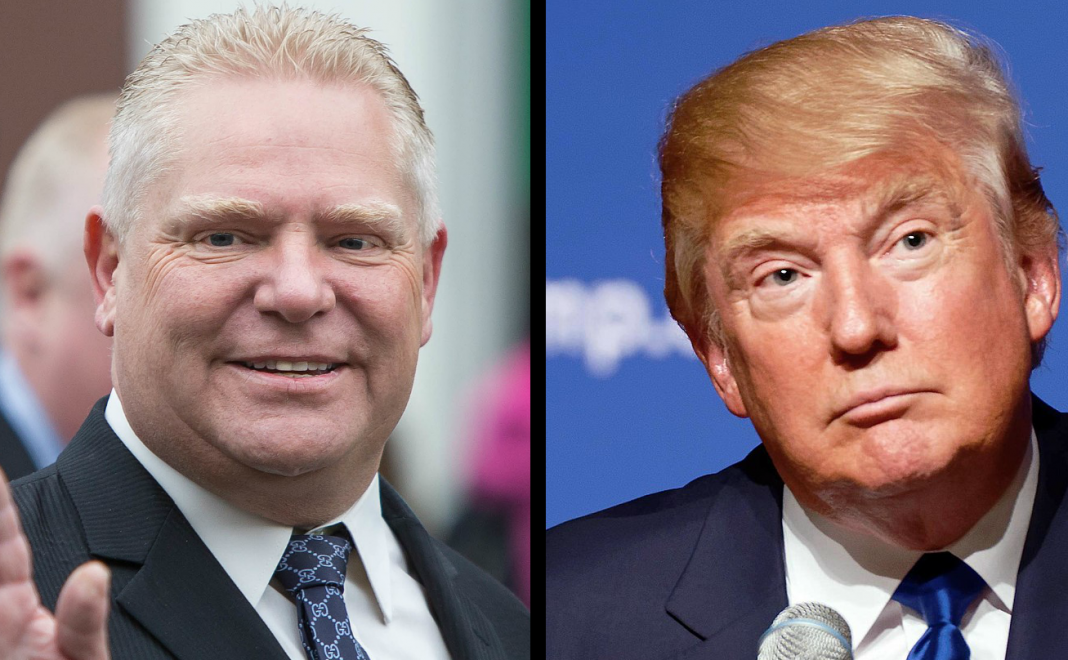 Ontario Premier Doug Ford travelled to New York City this week to share his message that our province is “open for business” to Wall Street Executives.

During a live appearance on the Fox Business program Varney & Co., Ford welcomed American viewers to “come on up to Toronto” for work stating, “we have so many jobs right now in Ontario we don’t have enough people to fill the jobs”. Host and political commentator Stuart Varney praised Ford for cutting red tape and lowering corporate taxes in Ontario, even going so far as to call it downright “Trumpian”.

When Varney asked Ford about Trump’s influence on the Ontario government, Ford shot back with the remark, “Well, I don’t know, we were in politics well before the president was.”

Ford and Varney went on to discuss other topics such as Prime Minister Trudeau’s carbon tax and the previous Liberal Government. The Ontario Premier compared the previous government’s spending habits to those of “a bunch of drunken sailors,” and how because of them Ontario “inherited the largest sub-sovereign debt in the entire world at $347 billion.”

When Varney asked Ford about how Ontarians felt about the steep tax cuts for corporations, Ford stated that they were happy with it. He neglected to mention the daily protests at Queen’s Park, however.

Although some have compared Fox to a state-run propaganda outlet and Ford’s very own “Ontario News Now” has been compared to North Korea’s news media, Ford closed the interview by saying, “Let’s get Fox up to Canada!”