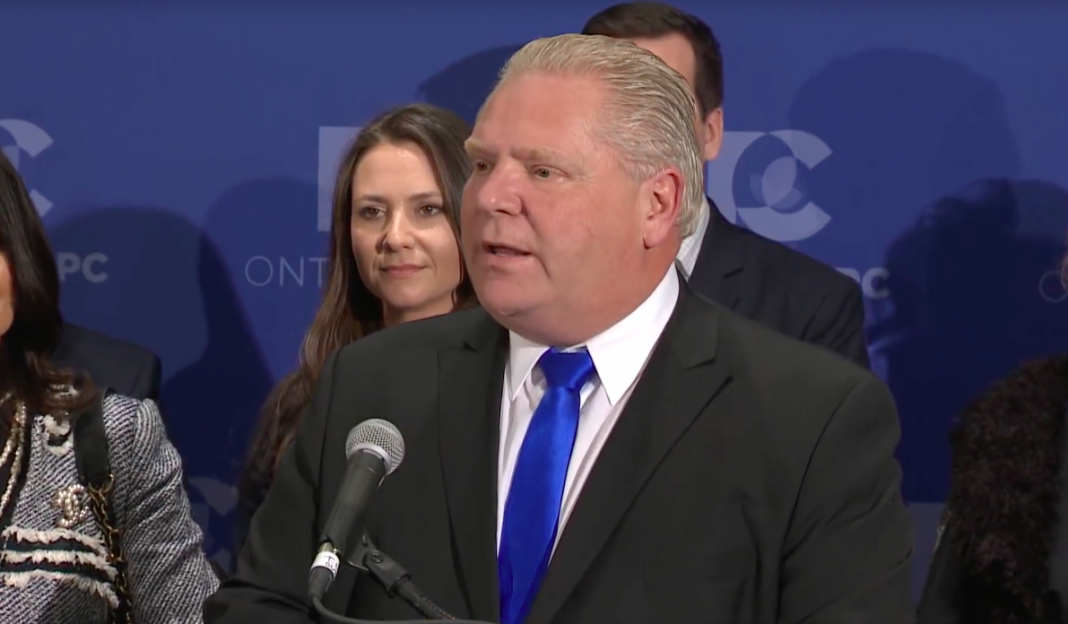 Mayor-Elect Patrick Brown officially launched his book to the public Friday, and to no one’s surprise there’s been a lot of opinions and public commentary levelled at it.

The book, titled Takedown: The Attempted Political Assassination of Patrick Brown, outlines Brown’s experience navigating the sexual assault allegations that led to his resignation as leader of the Ontario PCs and his eventual removal from the party.

The book levels a number of allegations at sitting MPPs in the Ford government, including Ford himself. As one might expect, Ford has had a thing or two to say about Takedown.

In an interview with outlets outside Queen’s Park, Ford was asked Monday about what he thought of Brown’s move to pick a fight with the PC party. Ford said, “He really went after people. It’s disappointing and I have to question his leadership.”

Ford and Brown have been known to have a contentious relationship and one of the big questions has been whether Brown can collaborate with the province to further Brampton’s agenda and fund major projects to move the city forward. The jury’s still out on that, however.

In the interview, Ford says he thinks Brown did a “disservice to the people of Brampton” by moving ahead with releasing Takedown after winning the mayoral race.

“It’s common sense, you win the mayor of Brampton [race], I would have scrapped the book as quickly as possible, but he wants to get out there and continue trashing people.”

Even before the book was released it was causing a stir in political circles. Last week Ford came to the defense of MPP Lisa McLeod who is just one a group of elected officials and party insiders Brown talks about in his book.

Brown references MacLeod’s battle with mental health, questioning whether the MPP was faking it. He also refers to MacLeod as “nasty” and “angry”.

I stand behind @MacLeodLisa 100%. She is an absolute champion as a Minister and as a mental health advocate. pic.twitter.com/WFRE4DZvA0

Brown also wrote that sexual assault allegations were levelled against current Ontario Minister of Finance Vic Fedeli while Brown was leader of the Ontario PCs. Fedeli took over as interim leader of the party after Brown stepped down.

In response, Ford said Brown has “zero credibility” and called the claims “shameful and disgusting.” Ford, along with other MPPs and Ontario PC staff, have expressed support for MacLeod and Fedeli.