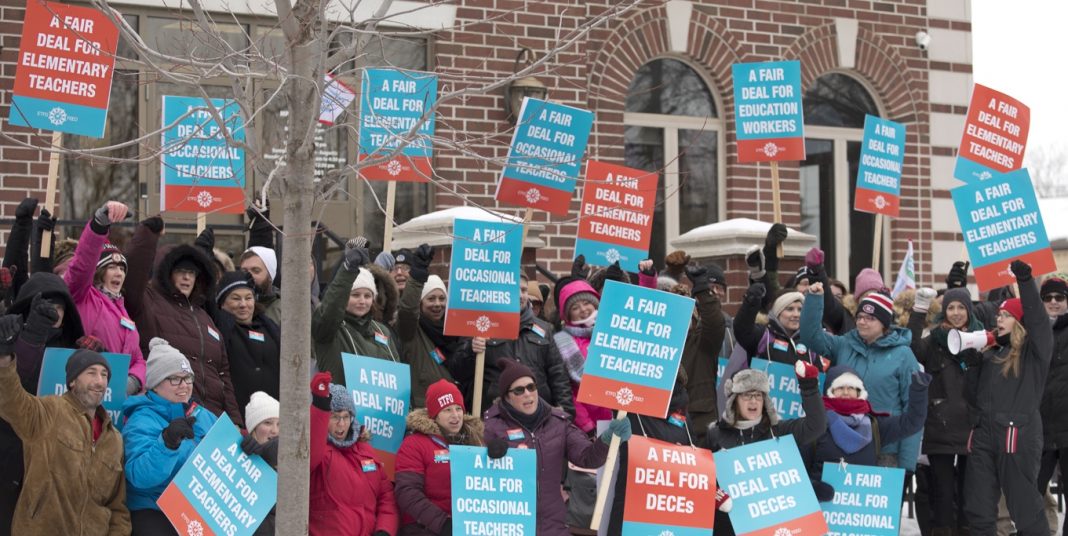 On January 27, the Elementary Teachers’ Federation of Ontario (ETFO) stated all 83,000 of its members will be on a one-day, province-wide strike on Thursday, February 6.

In addition, Peel District School Board will be striking as part of the rotating strikes on Tuesday, February 4. On that same day, the Ontario English Catholic Teachers’ Association (OECTA) has announced that it will engage in a one-day province-wide strike, which means Dufferin Peel Catholic School Board teachers will be striking on Tuesday, February 4.​

Sam Hammond, the union’s president, said, “It’s time that the Ford government recognized that our public education system is key to the future of this province’s economy. We must have the tools and supports to prepare students to realize their individual aspirations and productively contribute to the economic and social fabric of this province.” He adds, “Educators and parents are not going to accept the government’s deep cuts to public education that only serve to harm the quality of education for generations to come.”

Hammond also discussed that the reasons for teachers going on strike are because of issues regarding funding for special education, a strategy to deal with classroom violence, maintaining kindergarten programs, fair hiring practices, class size and teacher compensation.

The union that represents all Ontario elementary school teachers returned to the bargaining table with the government on Wednesday, January 29, but stated it will make plans to escalate job action if a deal cannot be made with the provincial government before January 31.

Education Minister Stephen Lecce calls the strike actions “unacceptable” and adds, “Teacher union leaders once again are breaking their promise to parents as they proceed with a full one-day withdrawal of services, province-wide. The consequences of union-led escalation are real, as families are forced to find childcare on short notice.”

Rotating Strike Calendar for Next Week

Here is a list of school boards affected by the strikes next week if a deal cannot be reached before January 31:

Compensation for Parents from the Ontario Government

On January 15, the Ontario government announced that it would provide financial support for parents or guardians during strike actions. Eligibility is limited to parents/guardians whose children are enrolled in a school or attending a school-based child care centre that is fully closed due to a strike.

Eligible parents/guardians of children up to age 12 (Grade 7), or up to age 21 for children and youth with special needs, in a publicly funded school, qualify for:

For more information about financial support and to apply online, visit the Government of Ontario website at: https://www.ontario.ca/page/education-contract-talks-stay-updated.