Brampton’s food scene often gets a bit of flack for not being as good as Toronto but the truth is, there are plenty of awesome restaurants in the city serving up delicious food. We’ve rounded up some of the best of the best. If you’re really looking to acquaint yourself with the good food the city has to offer, this list is a great palace to start.

The mammoth poutine is a giant, and we mean giant, portion of crispy fries with delicious gravy and Canadian cheese curds. It doesn’t sound like it can get much better right? Think again! Throw in a giant serving of RD’s perfectly smoked brisket, and you’ve got just about the best poutine ever.

Stromboli in and of itself is a hard dish to find in the GTA and not only does That Italian Place serve it up, they serve it up ‘real good. So much so, they were featured on The Food Network’s You Gotta Eat Here a couple of years ago. TIP packs their Stromboli with seven different deli meats and copious amounts of mozzarella cheese. They wrap it all up in a dough they bake until perfectly golden and crisp. To say it’s good doesn’t do it justice. You’ll just have to listen to John Catucci and eat here!

Sul Irmaos Smokehouse serves up a pretty epic lineup of po boys with their famous smoked meats and other delicious things. They were also featured on The Food Network’s You Gotta Eat Here not so long ago. Their po boy lineup is so epic, it was almost impossible to pick out a frontrunner to include on this list. This po boy has smoked turkey in gravy, freshly made waffles topped with a sweet Thai sauce, fried calamari and fried red and green peppers. It. Is. Epic. You’ll be thinking about it for days! In truth, any of their po boys will have you dreaming of food for days, but turkey and waffles is a great place to start.

Back at it again with the awesome food creations! Rick takes his family’s tried and true recipe and elevates it to the next level. What you get is a lineup of perfectly spiced pockets of goodness, with well-balanced flavours, just the right amount of light, crispy pastry. The Tandoori jerk samosa is a crowd fave, but you’ll probably want to give his others a try too. Those include Punjabi cheeseburger, Ras Malai cheesecake and others!

This is J. Red’s signature dish and for good reason. Owner Jason Rosso cultivated this recipe after months of watching a street vendor in Thailand whip something similar up. The dish features Thai noodles tossed together in a coconut basil sauce with shrimp, chicken and Asian vegetables. If you like a little bit of spice in your life then you’ll definitely love this dish. It’s flavours are truly authentic. 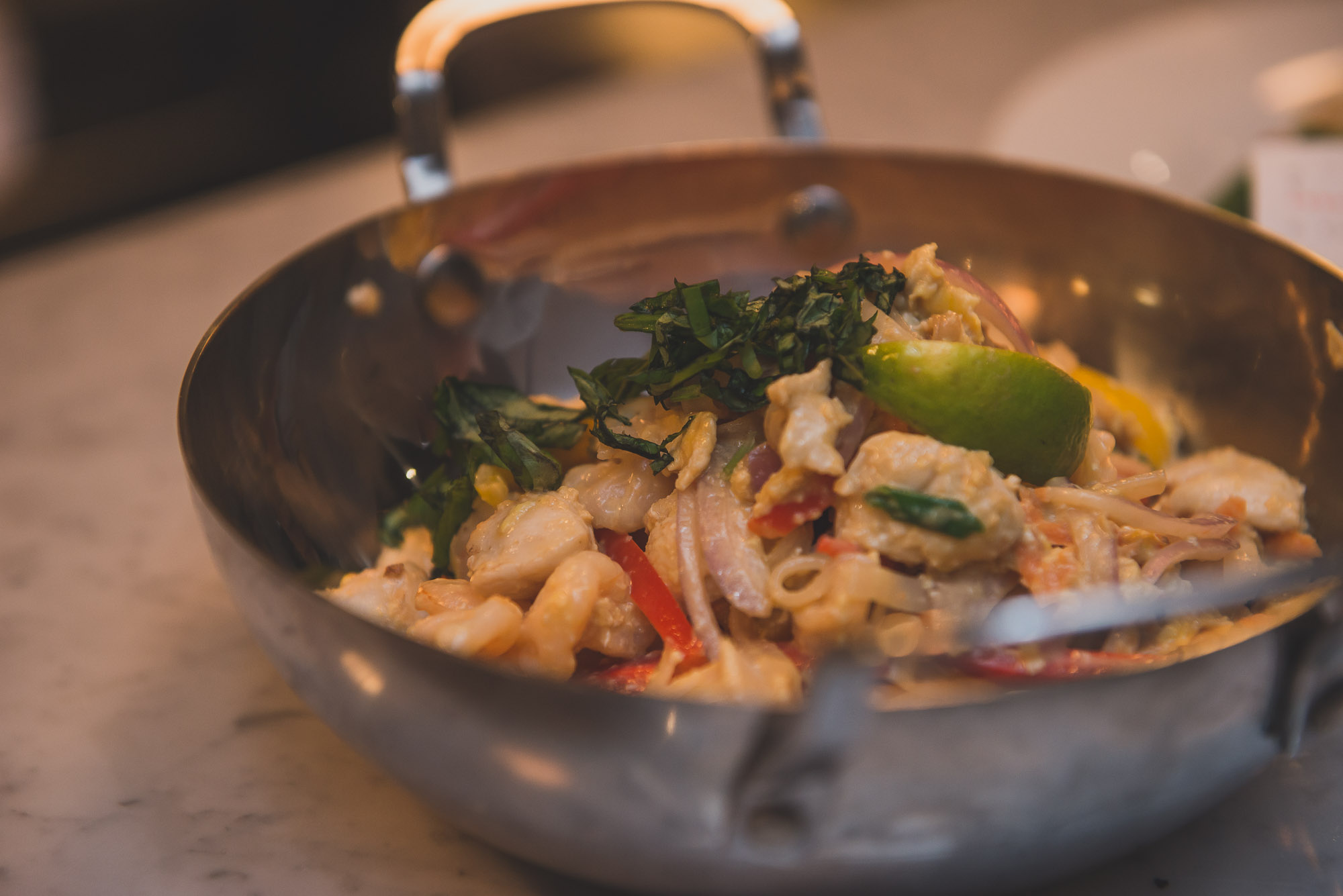 If you want to take a trip to the Caribbean without the flight, then check out Radica’s. It’s about as authentic as you’ll get when it comes to West Indian food in the GTA. One of the most popular dishes is the boneless chicken roti,. Radica’s roti and doubles are always on point. Now throw in their curry and signature sauce, wrap it up in a nice fluffy roti, and your taste buds are going to be more than happy. If you like it really spicy then make sure you get a container of their house pepper sauce.

There’s yet to be another sushi restaurant in the area that serves these delicious morsels. A crispy wonton with a sweetened cream cheese filling. They come out piping hot with a dipping sauce. You won’t be able to resist these, luckily the place is all you can eat!

La Catrina is the one and only authentic Mexican restaurant in Brampton and they serve up a mean fish taco. A battered fried fish topped with a mango cabbage slaw on an authentic corn tortilla. It’s light and delicious and best of all, you don’t have to leave the city to enjoy something authentic! 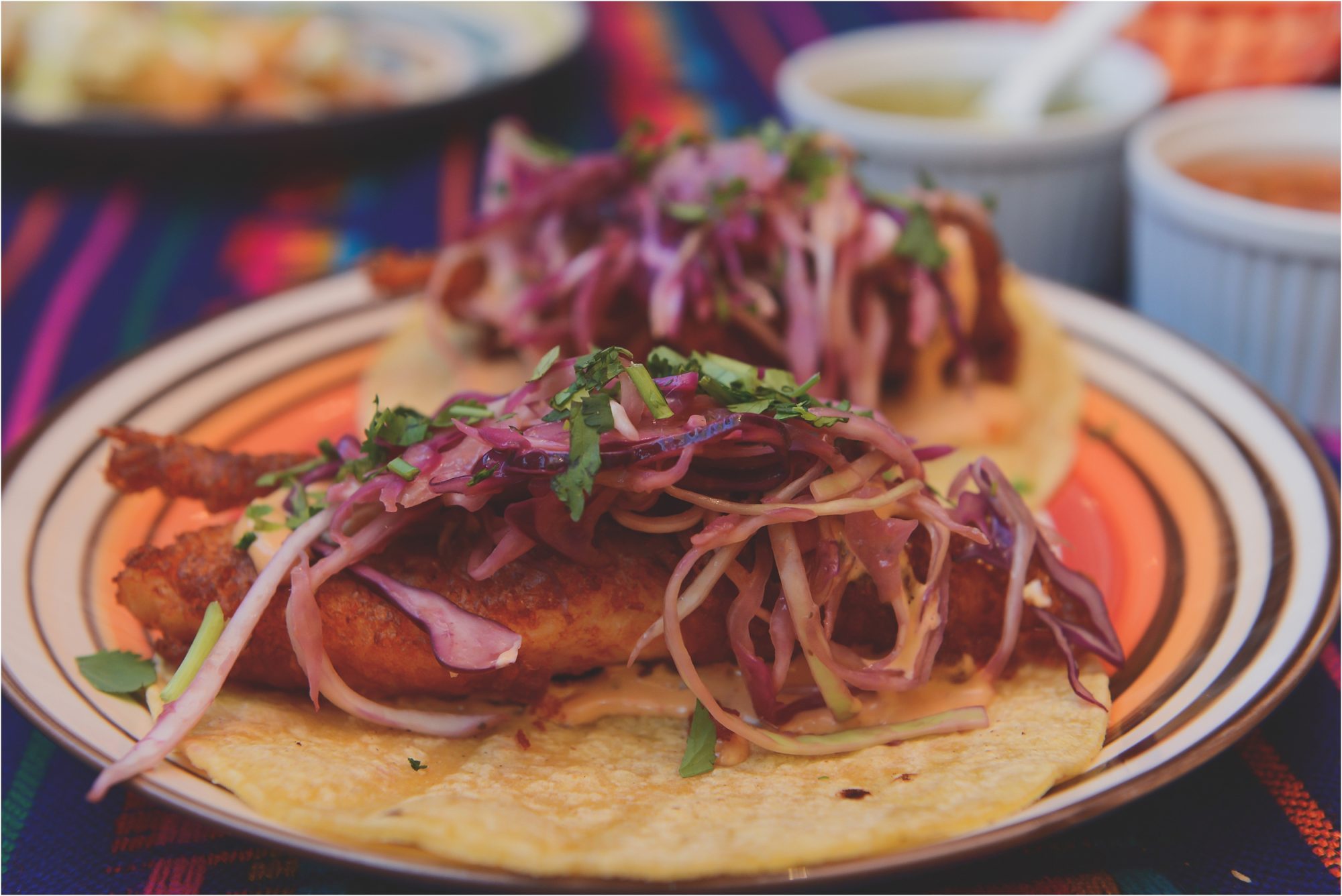 Sonny’s burgers and shakes were made for late night summer hangouts with friends. Nothing beats a classic burger from there. Bramptonians have been going to this burger joint for decades and for good reason. It’s cheap, it’s open late and it always delivers.

A MacKay patty stuffed with lettuce and mayo is pretty much a rite of passage for every Bramptonian. Mackay has been around for as long as any of us can remember and it’s just another one of those quintessential Brampton eats that everyone needs to try at least once. But it probably won’t be once, you’ll want to go back again and again.

Rick Matharu, mastermind behind the Butter Chicken Lasagna that won him Food Network’s Recipe To Riches, is a pro when it comes to food innovation. He’s paired his epic butter chicken recipe with mac and cheese to make this delicious morsel. It’s basically the only way mac and cheese can get any better than it already is. Check Rick out at 6660 Kennedy Rd for this and many a delicious bite. 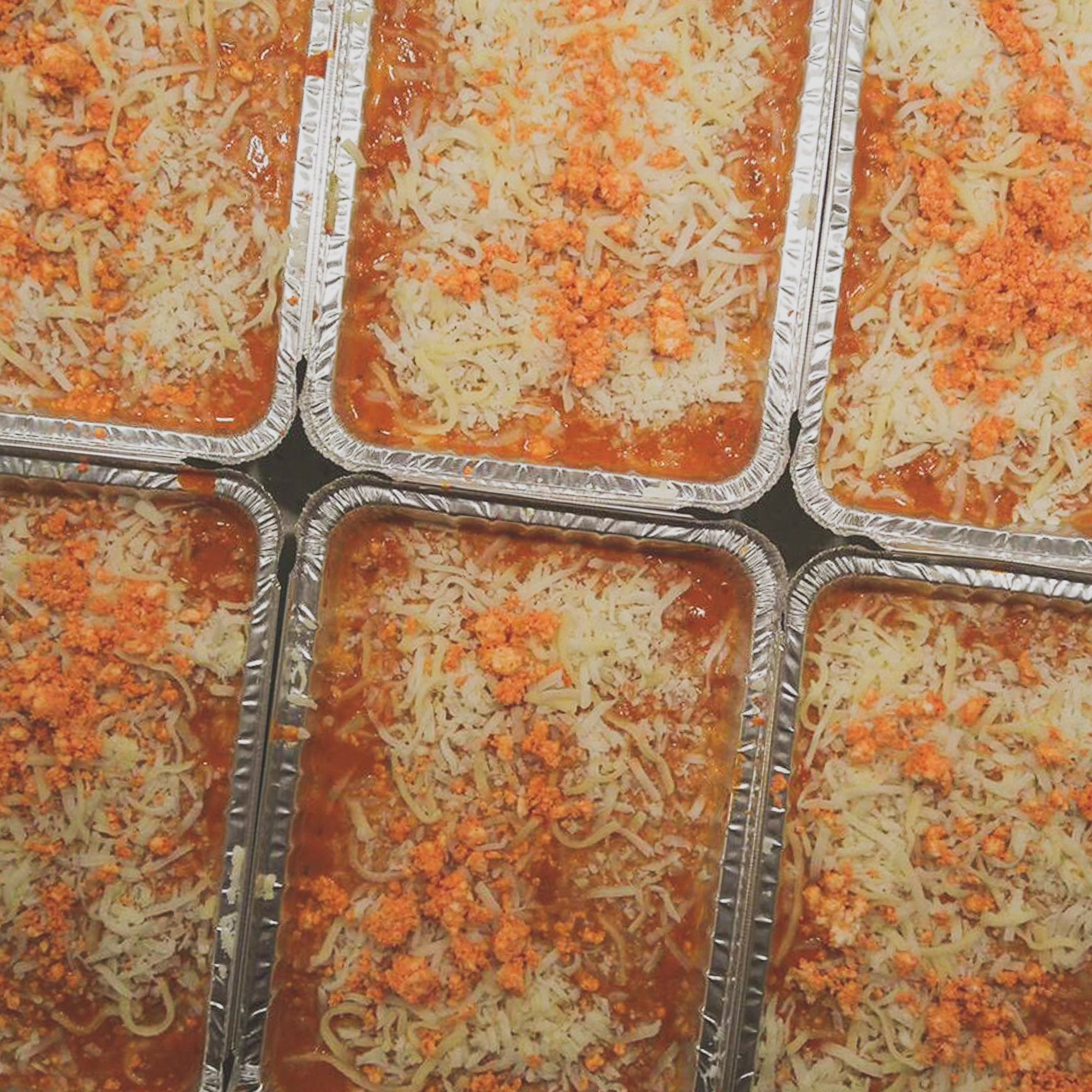 A new restaurant on the Brampton scene and people are already raving about this sandwich! It features the chef’s award-winning jerk chicken recipe in between a toasted ciabatta bun with avocado mayo, sweet and spicy ketchup and a lightly dressed coleslaw. It. is. divine.

ATBs are Sul Irmaos Smokehouse’s take on bacon wrapped jalapeno, but they have really upped the ante with this one. Theirs features a bacon-wrapped Jalapeno stuffed with cream cheese and Portuguese Chorizo. Then they take it and smoke it for a good few hours. You’ll have it served with their classic sweet chili aioli sauce which they should probably bottle and sell because it’s mighty delicious.

These perogies are not to be mistaken with the giant bag you buy at the grocery store and often pull out of the freezer only when you’re absolutely desperate. These are the best damn perogies you’ll ever have in your life. QG serves theirs up with a creamy three cheese sauce, caramelized onions and real bacon. It’s heaven in your mouth and just how every perogie should taste. Bucketlist-worthy for sure.

What other noteworthy eats in Brampton do you think belong on this list?