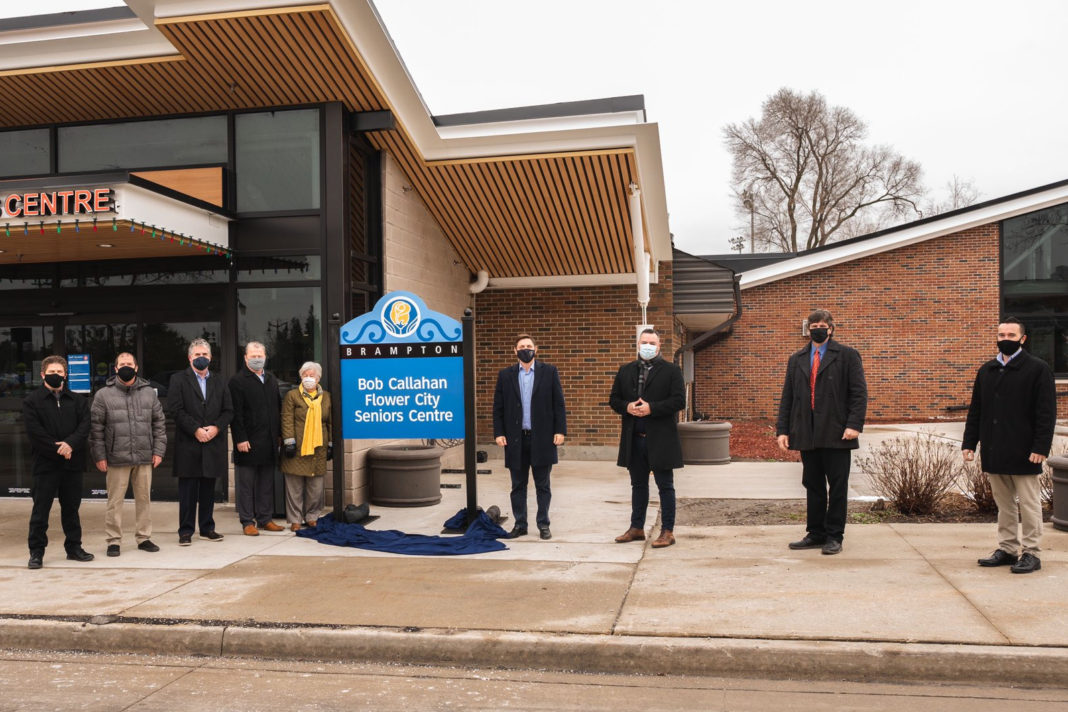 Callahan served for many years on Brampton’s city council, from 1969 all the way to 1985. He would return to council again in 1997 after a stint in the provincial government.

He ran for the provincial legislature in 1977 and 1981 for the Liberal Party. He would go on to lose to fellow Bramptonian and PC candidate Premier Bill Davis both times. After Davis retired, Callahan finally won his election in 1985. Callahan would go on to serve three terms as a Brampton MPP.

He was re-elected to Brampton’s city council in 1997 (representing Ward 3) and went on to serve until his retirement in 2014 at the age of 77.

Callahan was awarded a 25-year Long-Standing Service Award from the Province of Ontario by then-Premier Dalton McGuinty in 2011.

Only a few days before his death, the City of Brampton announced it was renaming the Flower City Senior Centre to the Bob Callahan Flower City Seniors Centre in recognition of his many years of service to Brampton.

The City of Brampton put flags to half-mast in his memory on December 27.

Callahan is survived by his wife Lyn, four sons and four grandchildren.