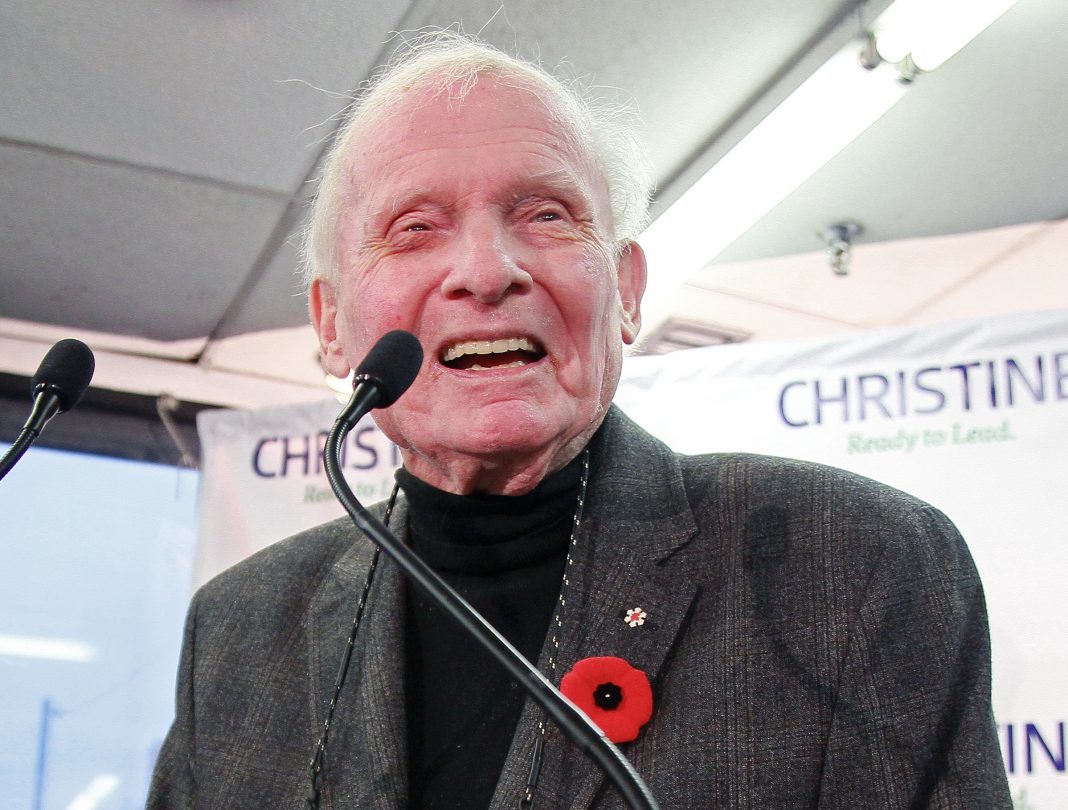 The City of Brampton is celebrating former Premier Bill Davis’s impressive career by presenting him with the Key to the City.

Residents and visitors are invited to the ceremony at The Rose, to celebrate Davis’s contributions to Brampton and Ontario, as Mayor Patrick Brown presents him with the Key to the City.

The Key to the City is the city’s most prestigious award. It is a symbolic honour that Brampton bestows upon a highly valued member of the community, or honoured and celebrated guest, who has made a notable impact on the lives of Bramptonians.

William (Bill) Grenville Davis’s background is an illustrious one. He grew up in Brampton and served as Minister of Education from 1962 to 1971, and Premier of Ontario from 1971 to 1985.

As Premier, his provincial government expanded the provisions of the Ontario Human Rights Code and contributed to the finalization of the 1982 Constitution Act. He granted free education for the Catholic Secondary school pupils.

As Minister of Education, Davis was responsible for creating new universities, Trent University and Brock University. He also opened twenty-two community colleges. In 1970, he established the TVOntario educational television network.

Today, he continues to be an advocate for education and is involved in charitable work.

The ceremony is scheduled for Monday, November 25 at 7 p.m. at The Rose Theatre (1 Theatre Lane). Get tickets here.