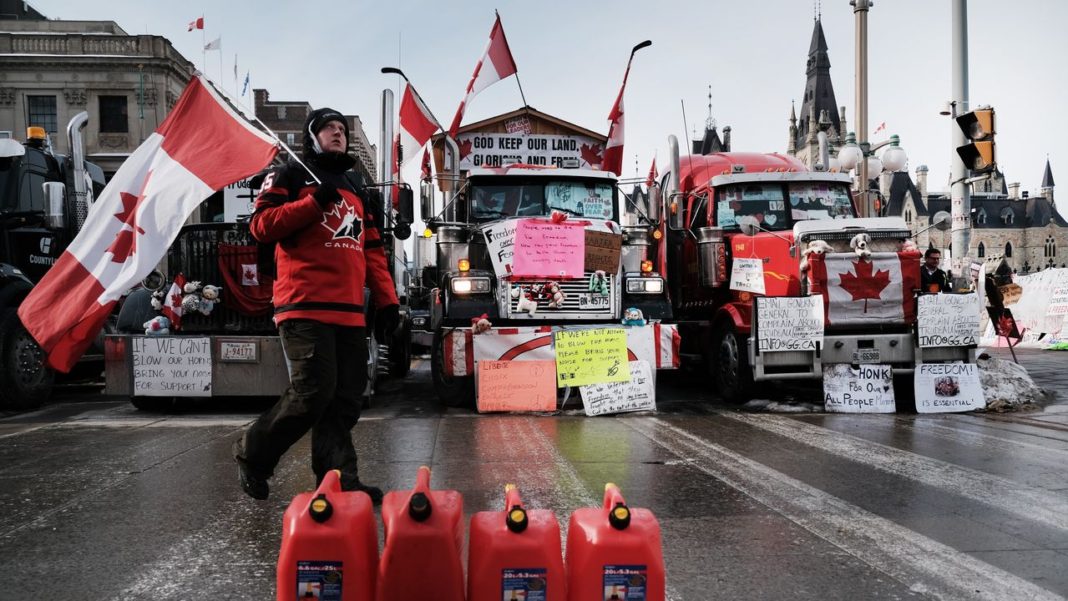 James Bauder, the founder of Canada Unity says Freedom Convoy 2.0 will not occur in Winnipeg in February

January 2, 2023 – The Freedom Convoy 2.0 protest, organized by the anti-government group Canada Unity, will not take place as planned in Winnipeg in February 2023.

James Bauder, the founder of Canada Unity, announced the cancellation on the group’s Facebook page, citing “security breaches” and personal attacks as the reasons.

The protest was originally scheduled to take place in Ottawa, but was moved to Winnipeg after Ottawa police indicated that they would not tolerate the event. Bauder is currently facing charges in connection with the first Freedom Convoy protest that took place in February 2022. That protest resulted in the government invoking the Emergencies Act for the first time and caused significant economic harm in multiple cities and border crossings.

The City of Ottawa has reported that the policing and city services costs related to the first protest totaled $52 million, with millions more in costs associated with business losses and additional policing and economic harms in other cities and border crossings.

The first Freedom Convoy protest involved demonstrators blocking several areas around Parliament Hill in Ottawa for three weeks, as well as shutting down at least four border crossings elsewhere in the country.

In the weeks leading up to the protest, Bauder attempted to deliver a “memorandum of understanding” to the Governor General of Canada, Mary Simon, in which he asked her and all sitting senators to sign an agreement to overthrow the government and install himself, his wife Sandra, and one other man as the formal Canadian government. They would then order all other levels of government to end every COVID-19-related restriction and reinstate workers who were suspended or fired for not being vaccinated.

The first protest was investigated by a public inquiry, which held six weeks of public hearings in the fall.

A final report on the inquiry is expected to be released next month.