Bramptonist
Home News Gang of Six Motion Found to be Illegal and is Quashed by... 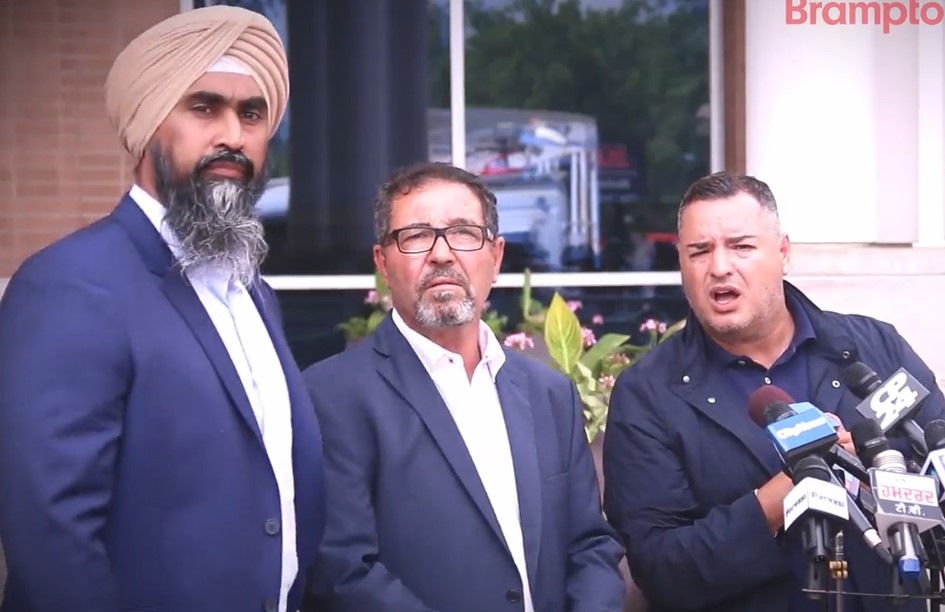 An Ontario judge has ruled that Councillor Pat Fortini’s motion to appoint Elaine Moore to Council was illegal.

In his judgement, Justice Michael Doi from Ontario Superior Court of Justice wrote “…the Resolution and By-law were passed without lawful jurisdiction and should be quashed in their entirety for illegality.”

The illegal motion was tabled by a group of Councillors known as the Gang of Six, which consisted of Pat Fortini, Martin Medeiros, Jeff Bowman, Gurpreet Dhillon, Doug Whillans and Charmaine Williams. The former Councillor Charmaine Williams is now a Cabinet Minister in Doug Ford’s government.

The Courts also ordered the City of Brampton to pay $20,000 in legal costs to Councillor Harkirat Singh, who filed the application to have Fortini’s illegal motion quashed.

It was no surprise Fortini’s motion to appoint Elaine Moore was illegal.

The City of Brampton’s lawyer, Sameer Akhtar, advised Council that Fortini’s motion was not aligned with provincial legislation. The next day, the Gang of Six fired the lawyer for his opinion and advice.

According to Gurpreet Dhillon, speaking on a local radio talk show, he stated, “We fired the city solicitor because, he is not following the Municipal Act, he is not given the correct information, he was given a one-sided tilted advice for five particular Councillors”.

In following the judge’s decision, the city lawyer was indeed following the Municipal Act and provided the correct information to Council. His termination by the Gang of Six without cause will cost taxpayers significantly.

This is not the only unjust termination. The Gang of Six also terminated the Integrity Commissioner who reported Gurpreet Dhillon had engaged in sexual misconduct with a Brampton business woman while on city business. They also fired the Chief Administrative Officer David Barrick without any just cause. The severance costs, and cost of damages for tarnishing the reputations of these professionals, will most likely result in millions of dollars to Brampton taxpayers.

But not all Brampton City Councillors were engaged in this illegal activity.

Mayor Patrick Brown and four other Councillors (Michael Palleschi, Rowena Santos, Paul Vicente, and Harkirat Singh) opposed the Gang of Six. In protection of the City, they opposed Fortini’s motion and boycotted meetings as the Gang of Six tried to illegally appoint Elaine Moore.

With the support of these Councillors, Ward 9 & 10 Councillor Harkirat Singh filed an application to the courts to have the motion quashed.

If they allowed the appointment of Elaine Moore, then any decision of Council in which Elaine Moore would have participated in the debate and voted, could have been challenged as illegal.

In a media statement released yesterday, Mayor Brown and the four other Councillors wrote, “From day one, six Councillors behind closed doors (tried) to maintain a disruptive stranglehold on Council, at the expense of residents, orchestrated this illegal motion. These Councillors made backroom deals and chose Elaine Moore, who had zero
connections to wards 7 & 8 and is best known for her opposition to the LRT as a past councillor and supporting a religious discriminatory policy as a former school trustee, to replace Charmaine Williams.”

“Fearing repercussions of the illegal motion on future decisions of Council and believing it was his responsibility as a Councillor to protect the City and taxpayers, Councillor Singh took it upon himself to initiate legal proceedings to stop the appointment so the City could be protected from future legal challenges, potentially saving taxpayers millions of dollars.”

They continue, “Councillor Harkirat Singh tried to put motions forward to seek legal advice in a closed session and get a third-party legal opinion on the legality of the motion. Each time the same six Councillors denied him. He had repeatedly warned his colleagues that the motion to appoint was contrary to the Municipal Act during the meeting, which the City Clerk and City Solicitor also confirmed. The same six Councillors promptly fired the City Solicitor thereafter in a baffling and disturbing move.”

On social media, many residents are calling for Fortini and Medeiros (who the Gang of Six appointed as Deputy Mayors) to resign for their decisions to fire any staffer who opposed them. At the very least, residents are calling them to be voted out of office at the next municipal election in October.

ksinkyy writes, “Absolute embarrassment to the City – terminating legal counsel and integrity comm when they don’t like what they say. Travesty. And sticking the taxpayers with the severance packages…Remember all of their names in the Oct election – how on earth are these guys going to be able to work with Brown or any other member of council with this kind of banana republic behaviour?”

Chris Caines contributes, “Anyone participating in a “voting bloc” certainly is not representing his/her individual ward’s interests over the “gangs” interest. Not what they were elected to do.” Adds Isolde Le Paresseux, “Time for all them to be booted to the curb…”