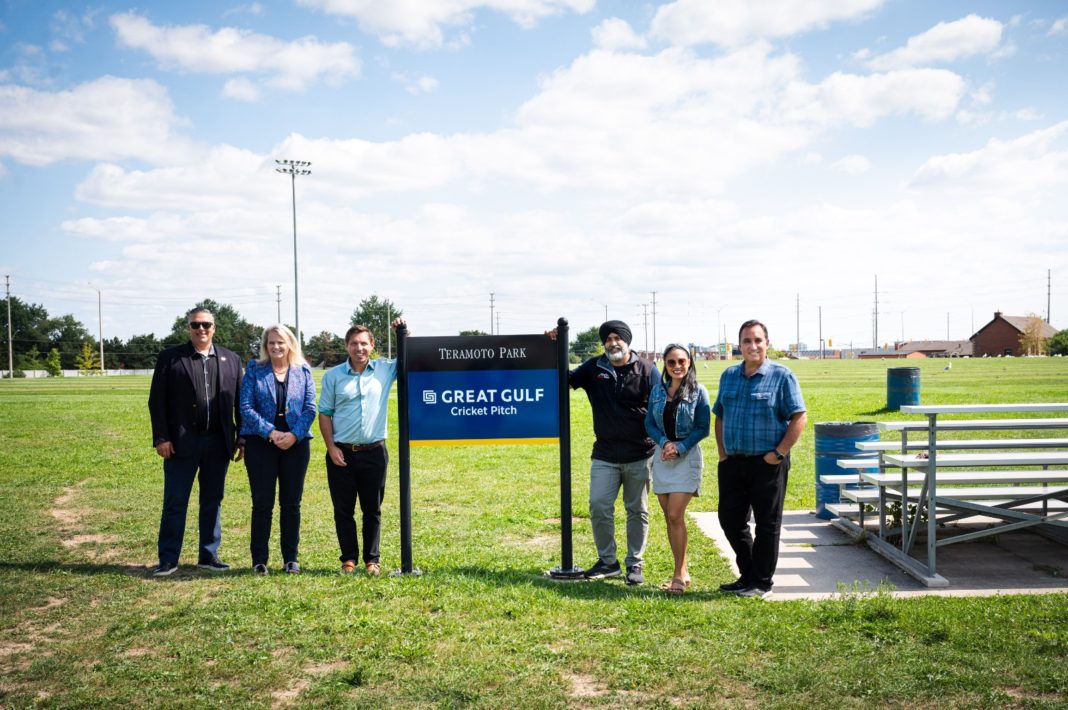 Great Gulf is an award-winning builder and developer of new homes and condos in Toronto, Milton, Sharon Village, Bradford, Oakville, Whitby and Brampton. “Great Gulf is committed to supporting the communities where we build and is delighted to partner with the City of Brampton for the unveiling of the Great Gulf Cricket Pitch at Teramoto Park,” said Kathleen Schofield, President Low Rise Residential, Great Gulf.”

In April 2022, Brampton City Council approved renaming the Teramoto Cricket Pitch to Great Gulf Cricket Pitch at Teramoto Park for a term of three years as part of the City’s Sponsorship Program.

Brampton is home to 18 cricket pitches, the most per capita in the GTA, two of which have lights to allow games to be played at night. Cricket is a hugely popular sport within Brampton and demand for playing time continues to grow.

“The City of Brampton is a leader in the GTA in supporting cricket and we are proud of this partnership with Great Gulf,” said Mayor Patrick Brown. “Partnerships such as these help to maintain and update recreational spaces in our community.”

Naming Rights are a financial transaction whereby a corporation or other entity purchases the right to name a facility or to name an asset within a facility, typically for a defined period of time. These types of transactions support upkeep and enhancements to City assets.

For the Teramoto Park pitch, the naming rights revenue will cover the costs of maintenance operations for the cricket pitch, which received upgrades in 2019 including lighting, digital score clock specific to the sport of cricket, and all-new cricket screens.

Naming Rights agreements provide the City with alternative funding sources to minimize the impact on the taxpayer, while enhancing the high quality of life of Brampton residents.

To learn about the Sponsorship and Naming Rights opportunities available, contact sponsorbrampton@brampton.ca