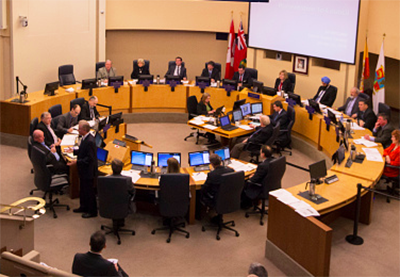 Now that the nomination period is over, you should expect to see candidates for city councillor, regional councillor, school trustee and mayor starting to knock on your door in Brampton.

Fewer people are running this year for mayoral and council seats than in previous years: in the 2014 election, 14 people ran for the mayorship, and 96 ran in city and regional councillor races, for a total of 110. This year, there are only 76 people running for the same positions.

Shawn Xaviour, running for the position of Dufferin-Peel Catholic District School Trustee for Wards 7, 8, 9, & 10, was automatically acclaimed at the deadline, as no other candidates chosen to run in that race. Xaviour was previously the trustee for the 2014-2018 term.

It’s still up in the air whether the provincial government will pass new legislation that will stop the election of the Peel Regional Chair in time. The race has become heated with the news that Patrick Brown, former leader of the Ontario Progressive Conservatives, would run; however, when Doug Ford announced his intention to cancel the Peel Regional Chair elections, Bown subsequently withdrew from the regional race and has since joined the Brampton mayoral race. He signed a lease in the city in order to qualify.

The following list is all of candidates as of the deadline at July 27, 2:00 p.m.