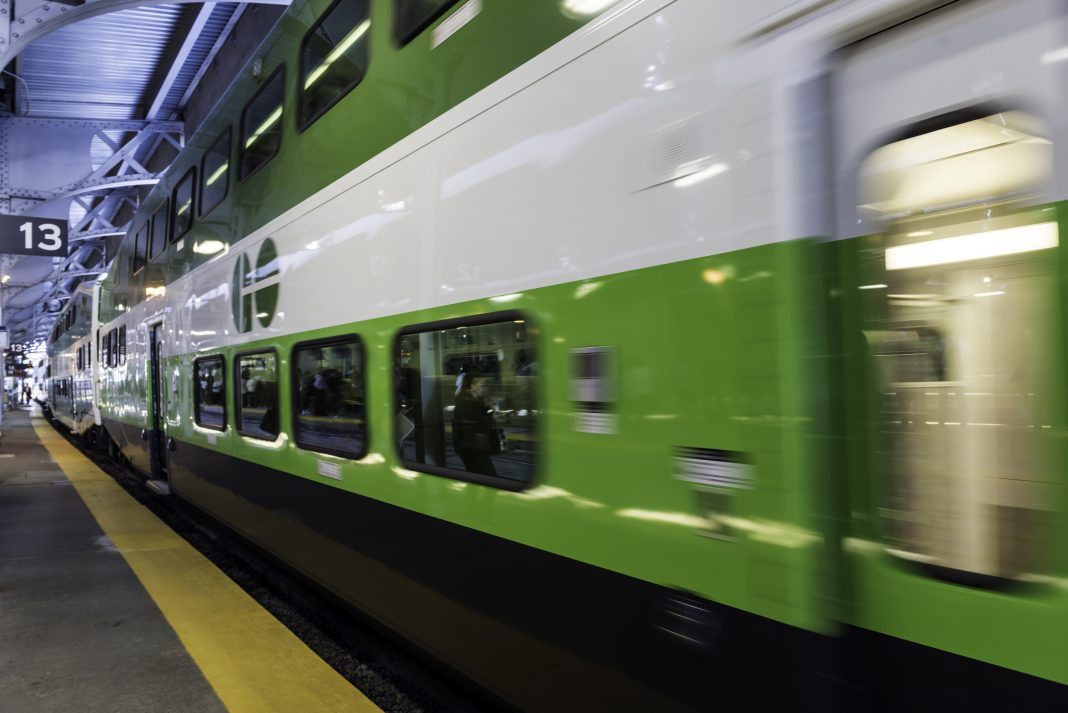 Back in December, the provincial government cancelled plans for a freight bypass that would have diverted CN trains from a critical section of track in Brampton.

This bypass, which would have paralleled Highway 407 on the south end of Brampton, would have moved freight trains from CN-owned tracks used by GO Transit and VIA Rail between Bramalea GO Station and Georgetown.

According to Andrew Buttigieg, who at the time was the spokesperson for Minister of Transportation Jeff Yurek, the government came up with a yet-to-be-announced to the bypass, crediting “a stronger working relationship” between Metrolinx, the regional transportation agency, and CN.

In January, citing this working relationship, Metrolinx launched changes to the Kitchener GO Line schedule, including extending one train trip from Georgetown to Kitchener. It also converted an express afternoon train to an all-stops service and shifted it to an earlier departure from Union Station. These changes resulted in extreme overcrowding and extended delays. When responding to angry GO Transit passengers on Twitter, Buttigieg, without the tact one might expect from a government spokesperson, responded, “Ontarians are our priority. Not just Bramptonians.”

Unfortunately, that new schedule didn’t properly serve anyone: not Kitchener commuters, who must ride for over two hours on an overcrowded all-stops local train, not Bramptonians, nor passengers in Malton and Etobicoke, who must squeeze on even more crowded rail cars.

Finally, Metrolinx announced the return of the popular 4:50 express train from Union on Monday.

As ridership grows on the Kitchener Line, it may be harder to provide relief without the freight bypass. It also sets back hopes for frequent all-way two-way GO service to Brampton. Meanwhile, GO trains on the Lakeshore Line arrive as often as every 15 minutes.

A Case of Limitations

In recent years, Metrolinx has proposed electrifying much of its GO Transit rail network. Electrification would allow for faster and cleaner train operation. A new fleet of electric multiple (EMU) trains could accelerate and decelerate much faster than a train powered by a single locomotive. But both major freight railways – CN and CP – are resistant to having overhead wires on their tracks.

Track capacity is also a problem in Brampton. As CN owns the tracks and is responsible for dispatching trains along them, its priority is to move its own freight trains along the busy corridor. During morning and afternoon peaks CN has been able to accommodate GO trains into its schedule, but cannot fit rush hour trains going in the other direction.

While GO Transit paid for track expansion through Brampton, including a second track through downtown and a new platform at Brampton Station, CN still calls the shots. Therefore Metrolinx plans to run all-day, two-way train service only as far as Bramalea Station and only rush hour and limited midday service to Brampton and Mount Pleasant. One possible benefit is that trains from Kitchener and Mount Pleasant would be able to run express from Bramalea to Union Station, improving capacity and travel times.

But this is not a good enough solution. Passengers from Brampton and points west would either have to drive or take a bus to Bramalea, and transfer to a train there. There are no plans for trains to get commuters to Guelph and Kitchener-Waterloo in the morning, even though it would connect Brampton to three universities and a growing high-tech hub. When GO Transit ran midday train service to Bramalea 15 years ago, it added 30 to 45 minutes to the schedule from Downtown Brampton compared to direct express GO bus service to Union Station via Highways 410 and 401. Terminating all-day train service at Bramalea does not at all serve most Bramptonians.

There are alternatives to the freight bypass that could allow Metrolinx to run more trains to Brampton, Mount Pleasant and beyond, but they come with their own challenges. A third or fourth track through downtown Brampton would provide additional capacity but could be disruptive. It would mean moving the historic Brampton train station further north, and expanding the railway berm behind the Rose Theatre. This work would require many years of planning, consultation, engineering and construction. Even then, the tracks still belong to CN.

Even in the short term, there are challenges to improving GO service on the Kitchener Line. The third track and platform at Bramalea Station that could be used by local GO trains closed for the next two years while a new bus loop, station building and parking garage are being built. Further east, it will take several years for Metrolinx to add a fourth track under Highway 401, and through Weston and Bloor Stations. Capacity on that section of the line is limited by UP Express trains, which are prioritized over Kitchener Line service.

For now, Metrolinx was able to tweak the train schedule to better deal with severe overcrowding issues on the Kitchener Line, including the restoration of the afternoon express trip. But without the much-needed rail capacity that the freight bypass would have provided, options are limited.

The status quo does not serve Kitchener-Waterloo, Guelph, Georgetown, or Brampton. Residents and employers of all these cities deserve to know what the new plan for the Kitchener Line is now that the freight bypass is off the table, and how long we must wait for meaningful improvements to GO service.