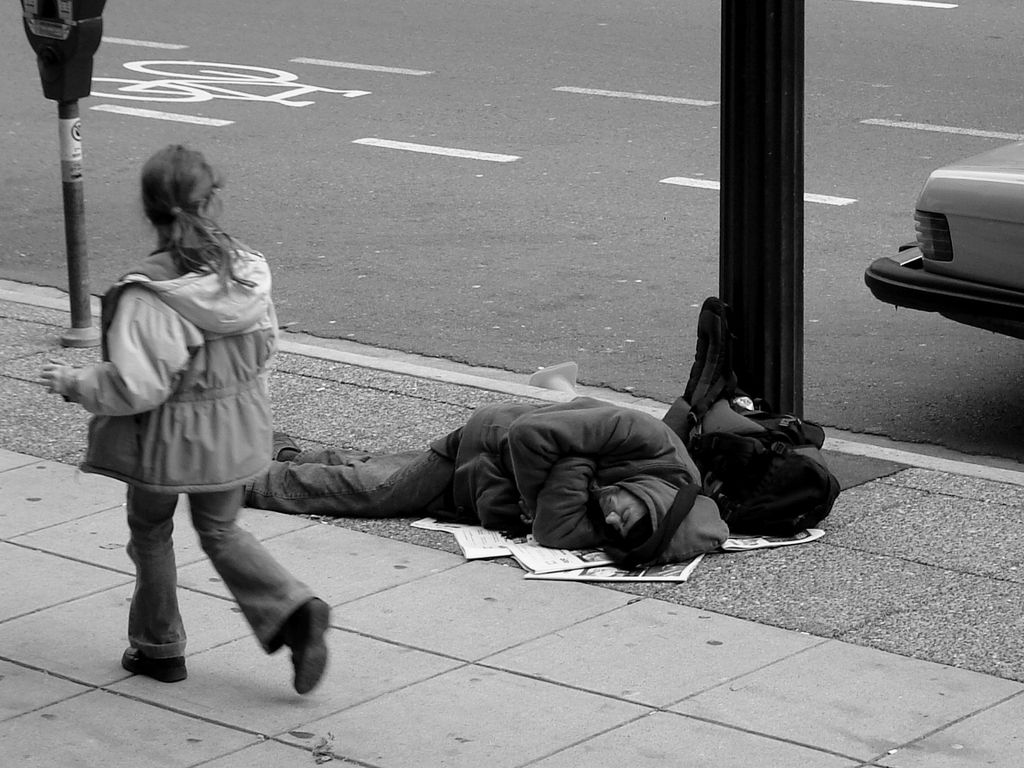 According to the United Way of Peel Region, there are over 222,000 people in Brampton, Caledon, and Mississauga who deal with the problem of precarious housing. This means they are either homeless or on the verge of becoming homeless.

While such statistics might seem shocking, the reality is homelessness is a problem in Brampton that affects thousands of lives on a daily basis.

Ted Brown of Regeneration Outreach Community program and Garry Glowacki of The Bridge Prison Ministry recently collaborated on a photography exhibit to bring awareness to this situation and encourage both the public and political leaders to find solutions.

The exhibit, called “A Day in the Life,” happened on World Homeless Day at Grace United Church, where Brown runs Regeneration. Disposable cameras were provided to several homeless people in Brampton which they used to document their day-to-day lives. The resulting images are both horrifying and heartbreaking.

Some images show the ravages of drug abuse, while others depict the harsh reality of literally living and sleeping on the street. One image indicates the lengths homeless people must go to try and fix broken shoes using tape and paper, while others reveal the physical impact that the lack of proper footwear has upon the human feet: infection that can lead to amputation.

One of the most pressing problems facing the homeless is food security, or the constant struggle to find food to survive. To coincide with World Homeless Day this year, Garry Glowacki also published a book called Living Well on Less. The book features recipes including items which are frequently found at food banks and encourages people to purchase groceries at low-cost stores instead of convenience stores.

Another obstacle homeless people face is a lack of proper footwear. Someone who wears the same shoes every day in every kind of weather means the shoes wear out faster. This can cause severe foot problems, such as infections.

The occupancy rate of available housing is another significant roadblock to reducing the number of homeless people in Brampton. Brown notes there is a 17-year waiting list for subsidized housing. Even when they get such housing, those receiving disability or welfare payments will find most of their income goes to housing, which leaves little left for food and other necessary purchases.

Brown says the government realizes there is not adequate housing but the don’t always understand what should change. For one, affordable land is available in Brampton, but the city needs to do the work to release it. Additionally, the city should also waive the high development fees for building on the land. If construction companies have to pay these fees, they will usually opt to build for-profit housing, which is better for bottom lines.

One of the biggest headaches, says Brown, is convincing City of Brampton elected officials the homeless population is a concern for the city. He says they tend to pass the buck and claim it’s the Region of Peel’s problem. Brown feels if residents understood the stakes, they would be more likely to put pressure on the city to do something.

For more information on how you can help, please contact Regeneration Outreach Community program and The Bridge Prison Ministry.