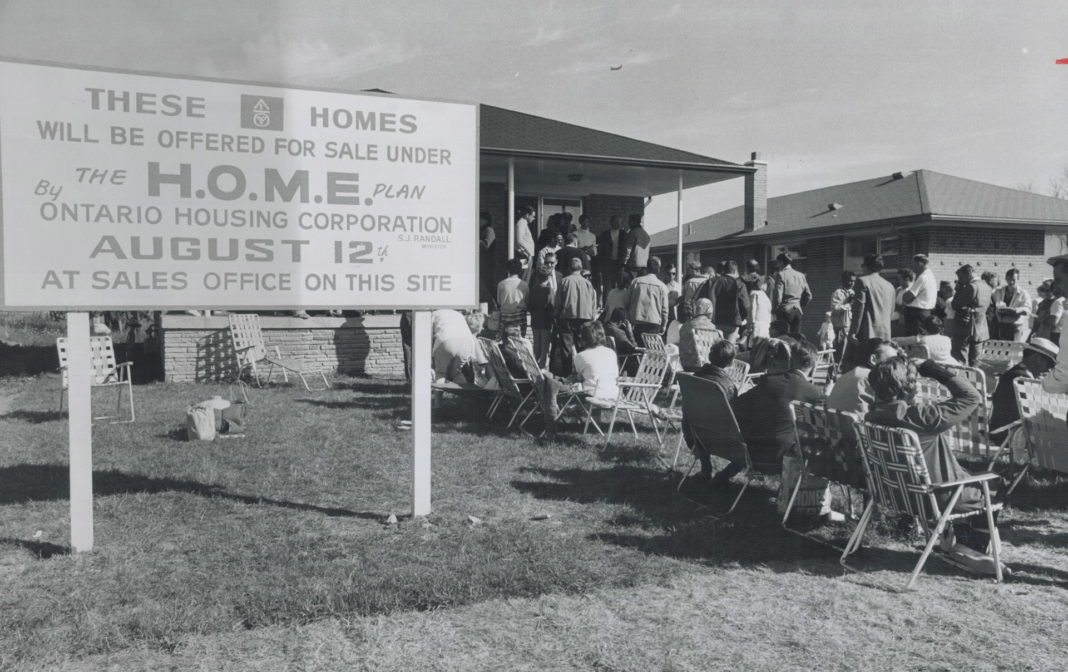 The Brampton community of Bramalea started as an answer to the urban sprawl and subdivisions which already plagued Toronto as early as the ’50s. A master plan published in 1958 proclaimed Bramalea, in a decade, would be a satellite city built up as a self-sustaining, “balanced and integrated urban community.”

Based on the success of satellite towns in England which thrived after World War Two, the ’50s plan claimed the project would be the first of its kind in North America. It also contended that nowhere on the continent was a satellite town more needed. 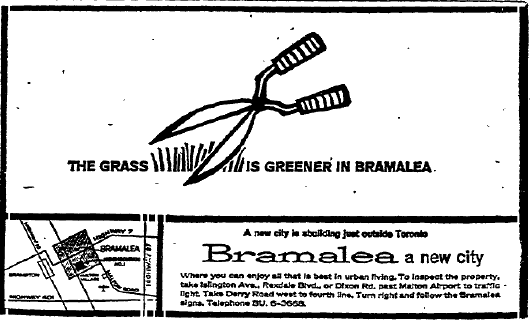 While development and planning were a component of the original plan, so were the first inklings of the marketing machine that would sell the city. It all took a distinctly utopian tone in contrast to the grimy and “parasitic” congested sprawl of Toronto. Bramalea would be a place with no car accidents, no air pollution, no smog, no dust and no noise.

Development moved a lot slower than planned, and a more detailed plan for development was added in 1969. By the ’70s Bramalea was open for business, and the way it sold itself to the world had not changed. Thus far the world had listened: by 1972 the Bramalea experiment had a population of about 25,000. 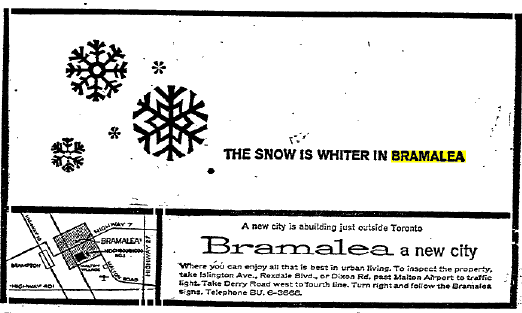 A distinct factor that placed Bramalea apart from other developments was that it had been completely financed by private capital. Bramalea Consolidated Developments Limited owned and operated the development and worked with the then Township of Chinguacousy to make it a reality. The result was an organized balance of industrial, urban and community development.

The company integrated industrial elements into the community in several ways. It focused on a stable tax rate, a lack of poor and unsightly industrial environments, and a carefully blossoming population of workers. 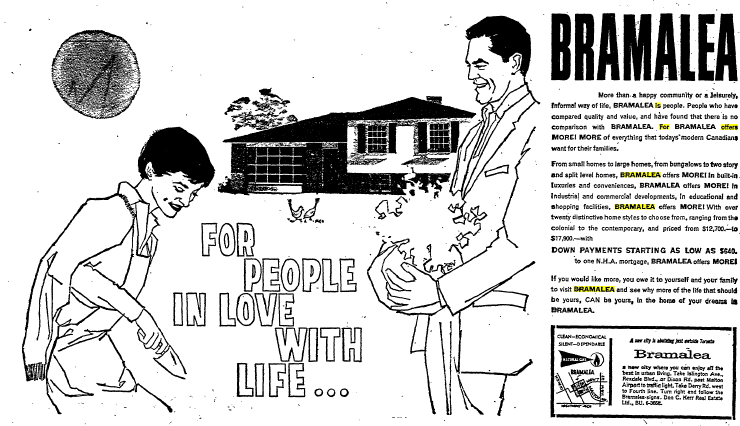 Bramalea sold itself as north America’s first “satellite city”. It specifically wanted to avoid the label of “New Town”, a term given to other similar, though less meticulously planned, municipalities sprouting up across the continent.

Bramalea’s mantra was that it was a perfect marriage of community planning: a tightly coordinated industrial area tied into spacious community development. While there were hiccups and alterations along the way, the idea stuck, and fueled the growth and uniqueness of the neighborhood we know today.