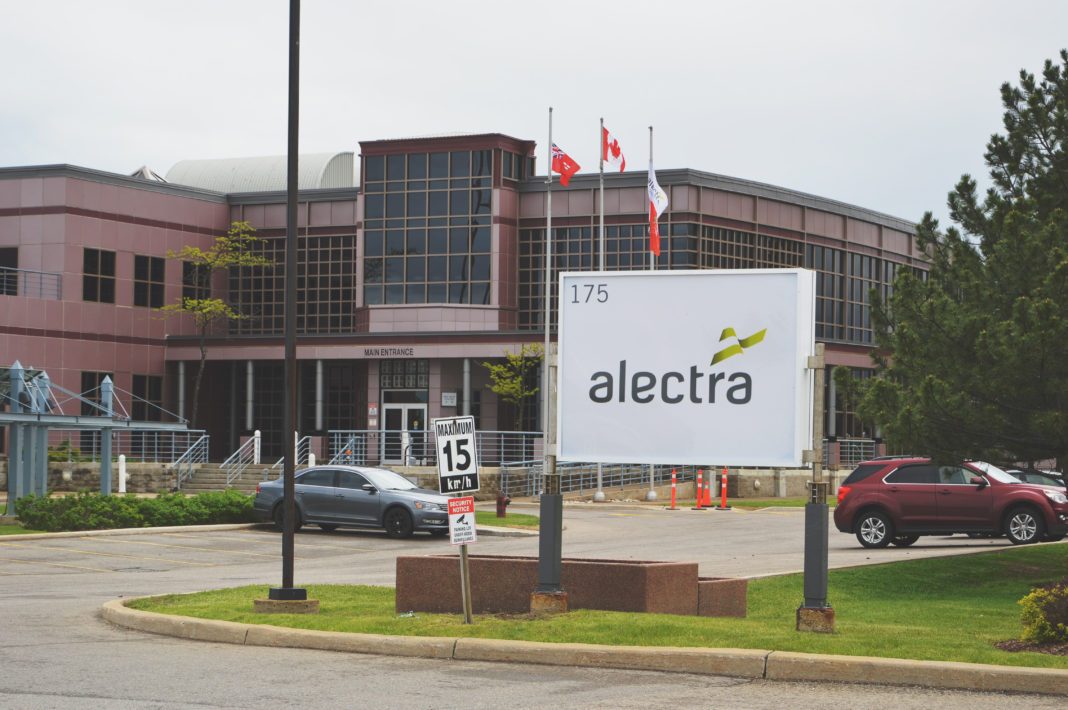 You may have noticed the replacement of the familiar Hydro One Brampton sign at the 175 Sandalwood Parkway West location, or maybe you’ve caught a change in your hydro bill lately. It has a new name on it: Alectra.

Alectra, Inc., a company formed in January 2017 following the merger of Enersource, Horizon Utilities, and PowerStream, has completed the acquisition of Hydro One Brampton from the Province of Ontario.

This merger, which was set into motion back in 2015, has now created the largest municipally-owned electric utility in Canada based on the total number of customers served. The resulting utility is second only to Los Angeles Water and Power in size.

Brian Bentz, president and CEO (designate) of the new consolidated utility company says the merger will provide the resources and investment capital to be at the forefront of innovation in an energy sector undergoing unprecedented change. This sale is expected to bring the provincial government more than $600 million in revenue.

Energy Minister Glenn Thibeault said, “Ontario will direct all net revenue gains into the Trillium Trust, which will he used to fund transit, transportation and other infrastructure priorities all across Ontario.”

Although Alectra might seem like a surprising choice for a name, Bentz has explained that it is a Greek name that means “brilliant.”

Alectra Inc., through its subsidiary Alectra Utilities Corporation, serves approximately one million homes and businesses in the Greater Golden Horseshoe Area. Efficiencies expected over time will result in reducing pressure on customer distribution rates, improved customer service and system reliability, and more robust emergency response capabilities for inclement weather. Alectra will also increase investments in innovation and technologies, providing better energy choices for customers in its service territory and beyond.

“Customers benefit when local electricity distribution companies are consolidated,” said Thibeault. “The cost savings realized will help lower future distribution rates. Ontario is pleased to be a part of the initiative which helped to create Alectra.”

What do you think of the merger and the new name? Let us know in the comments below.