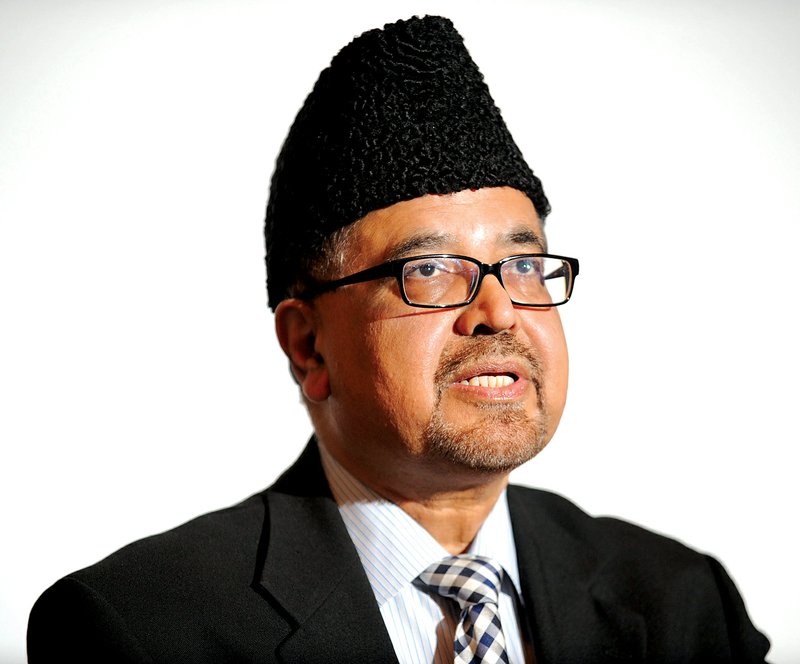 This past Tuesday, Naseem Mahdi, the former national president of the Ahmadiyya Muslim Jamaat of Canada, died at the age of 69. He is survived by six children and nine grandchildren.

His funeral at the Baitul Islam Mosque in Vaughan, Ont., was attended by thousands.

As a mark of respect, the flags at Brampton City Hall will be flown at half-mast in memory of Imam Naseem Mahdi, former national president and missionary in charge of the Ahmadiyya Muslim Jama’at of Canada.

Imam Naseem Mahdi embodied the motto of Ahmadiyya Muslim Jama’at “Love for all, Hatred for none“.

Through his service over more than two decades, Imam Mahdi established dozens of chapters, numerous mosques, residential projects, and community centers for  Ahmadiyya Muslims across Canada.

Among Mahdi’s accomplishments, he delivered a speech before Congress during the annual Jalsa Salana USA religious gathering. He met with Prime Minister Justin Trudeau and former U.S. President Barack Obama. In addition, he was often invited to comment publicly on Islamophobia and the rise of hate crimes.

Following his legacy, it is imperative to stand up for this community and every community facing discrimination in Canada and around the world.