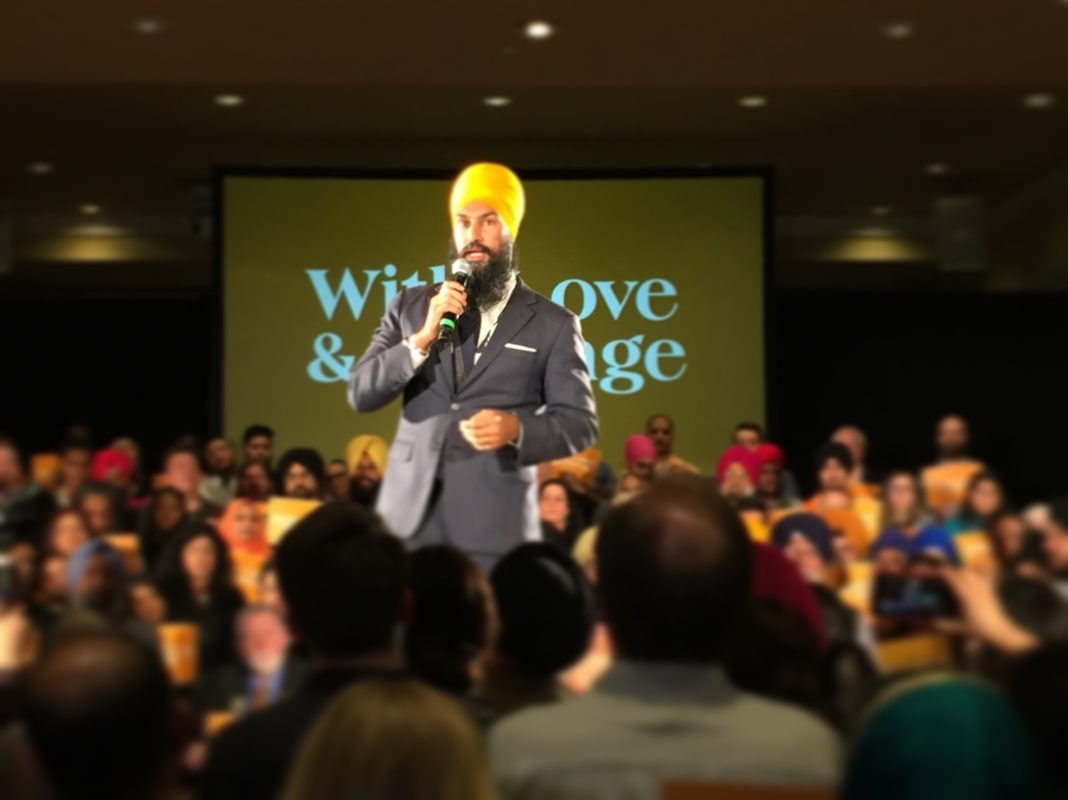 Singh was in the middle of speaking at the event, one of many in a series aptly named “JagMeet and Greet”, when a determined protester charged to the front of the room in the Professor’s Lake Rec Centre. The female constituent walked up to the front and began yelling about Sharia law and the Muslim Brotherhood.

Singh is Sikh, and Sharia is a set of laws based on Islam, but that didn’t deter the woman.

Singh masterfully handled the situation, which would be trying for any politician, by reiterating his platform message of love, courage and acceptance.

“We don’t want to be intimidated by hate. We don’t want hatred to ruin a positive event,” says Singh in the video.

He adds, “Let’s show people how we would treat someone with love,” he says as the audience claps and chants his campaign slogan, ‘love and courage’.

Singh tells the woman, “We welcome you. We love you. We support you,” and attempts to defuse the situation by assuring her they’ll speak later, but it doesn’t stop this detractor.

The chaos continues as the woman accuses Singh of not “returning her calls” and of “voting for sharia”.

The woman spends almost five more minutes yelling about various things related to Muslims, but eventually gets frustrated and leaves.

“Growing up as a brown-skinned turban, bearded man, I’ve faced this before, it’s not a problem we can deal with it, there are going to be other obstacles,” Singh assures the audience after the standoff.

Singh has received huge praise on social media for how he dealt with the situation and kept his cool.

Watch the full exchange shot by Brampton Focus below.