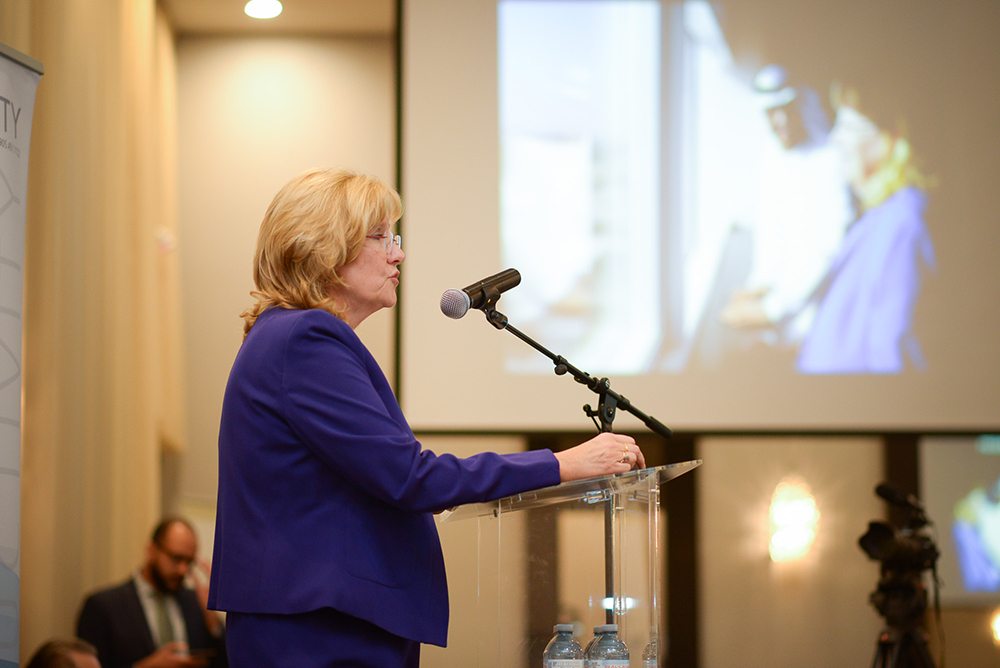 Multiple sources have confirmed that Hasneet Punia, former Brampton Mayor Linda Jeffrey’s Chief of Staff, did not jeopardize a land deal between the City of Brampton and the Province of Ontario.

Last week, with information from a confidential source, news broke on local publication The Pointer which insinuated that leaked information from Punia led to the City of Brampton overpaying for a parcel of land needed to fix a traffic congestion problem on Goreway.

The Pointer article alleges confidential information shared by Punia to MP Raj Grewal and Minister of Innovation, Science and Technology, Navdeep Bains, led to the City of Brampton paying over $1 million more for the land than it initially planned.

But multiple sources who spoke to Bramptonist have confirmed Punia was cleared of any wrongdoing.

In 2017 the City of Brampton was looking into the purchase of a parcel of provincially-owned land on Goreway Drive and Steeles Avenue to help solve a traffic issue.

Sources told Bramptonist the city initially offered the province $3.3 million for the parcel of land but talks broke down and the deal didn’t go through.

The land was eventually purchased for an unknown amount by a local company called Goreway Heaven, Inc., which then sold it to the city this past January for $4.4 million.

The City of Brampton hired Froese Forensics earlier this year to investigate the purchase. Sources with an intimate knowledge of the facts told Bramptonist the investigators found no connection between the land deal and the information Punia provided to Grewal and Bains.

Sharing Information Between Levels of Government

Punia provided a document outlining project details, the cost of the land among those details, on the basis of confidentiality. Marcel Wieder of Aurora Strategy Group, which represents Punia, says discussing the project with other elected officials was part of Punia’s job as the person responsible for Intergovernmental Affairs in the mayor’s office.

“Mr. Punia received requests from time to time from various levels of government for updates on different projects, including requests on the Goreway project from Mr. Grewal and Mr. Bain’s offices.”

In 2015 when Grewal launched his bid for MP he campaigned on the Goreway Bridge project, and it sits in his riding of Brampton East so the project was of interest to him and his constituents.

Wieder went on to say, “As per usual practice with governmental representatives, Mr. Punia discussed potential funding under the federal government infrastructure program and shared a generic report on a confidential basis with Mr. Grewal and Mr. Bains. There is a long-standing understanding between governments that information may be shared on a confidential basis in order to assess relevant issues of joint interest, such as a potential application for funding.”

The City of Brampton also confirmed sharing between the municipality and other levels of government is common. “Sharing information on real estate and infrastructure projects with other orders of government may be required depending upon the nature and needs of the project involved. Support, funding and partnership arrangements, for example, can dictate the level of collaboration, and information which is communicated,” says Erin O’Hoski, Director, Strategic Communications at the City.

The Pointer article revealed that Brampton City Council, in a closed-door session last week, voted to hand over information on the Goreway project to the RCMP in light of the recent revelations about MP Raj Grewal and a gambling addiction.

In a video statement released Friday Grewal addressed the allegations saying that he routinely requested updates on the status of the project from the mayor’s office and did so to keep his constituents informed.

Grewal said, “As part of a routine update request, myself and other recipients received an email containing an unsolicited confidential report from the mayor of Brampton’s Chief of Staff on November 21, 2017. I did nothing further with this report and to suggest that I leaked confidential information is categorically false.”

Goreway Heaven, Inc., the company which purchased the land from the province and then sold the land to the city, has even waded into the fray to address the claims.

Officials from the consortium told The National Post that the company was among 24 bidders for the land and its plans to build a funeral home on part of the plot required a permit it couldn’t obtain so the company decided to sell. The firm also says it had no knowledge of what the City of Brampton had offered the province for the land.

The company released a statement saying, “We categorically deny that the land was acquired based on information disclosed by any politician of any stripe or level of government…including Minister Navdeep Bains or Raj Grewal.”

Goreway Heaven, Inc. says any insinuation of wrongdoing on its part is false and will be “responded to by [its] lawyers”. The company is also demanding a retraction and apology, which have as of this writing not been offered by The Pointer.

Sources also told Bramptonist that anyone with intimate knowledge of the investigation launched by the city into the land purchase would have known that Punia was cleared.

Much of the information was discussed in-camera among city councillors and a select few staffers, so only a handful of people at Brampton City Hall would have known the full details of the investigation.

The past few years have been contentious for Brampton City Council. While former mayor Linda Jeffrey experienced her fair share of drama at the council table, the lack of collaboration existed before her time.

Jeffrey often sat in opposition to at least half of council, and her staff has gotten caught in the crosshairs of grievances between councillors before.

While it’s not known who acted as a source to The Pointer, the founder of the publication, San Grewal, has ties to some of Brampton’s former City Councillors, including Elaine Moore and John Sprovieri.

The two were part of a bloc of councillors who often voted against and opposed Jeffrey on major issues in her four years as mayor including the Hurontario LRT, giving public funds to the privately owned Brampton Beast, the purchase of Riverstone Golf Club, and more.

The City of Brampton is aware of the leak in information shared from the in-camera session to The Pointer and says it is “considering next steps.”