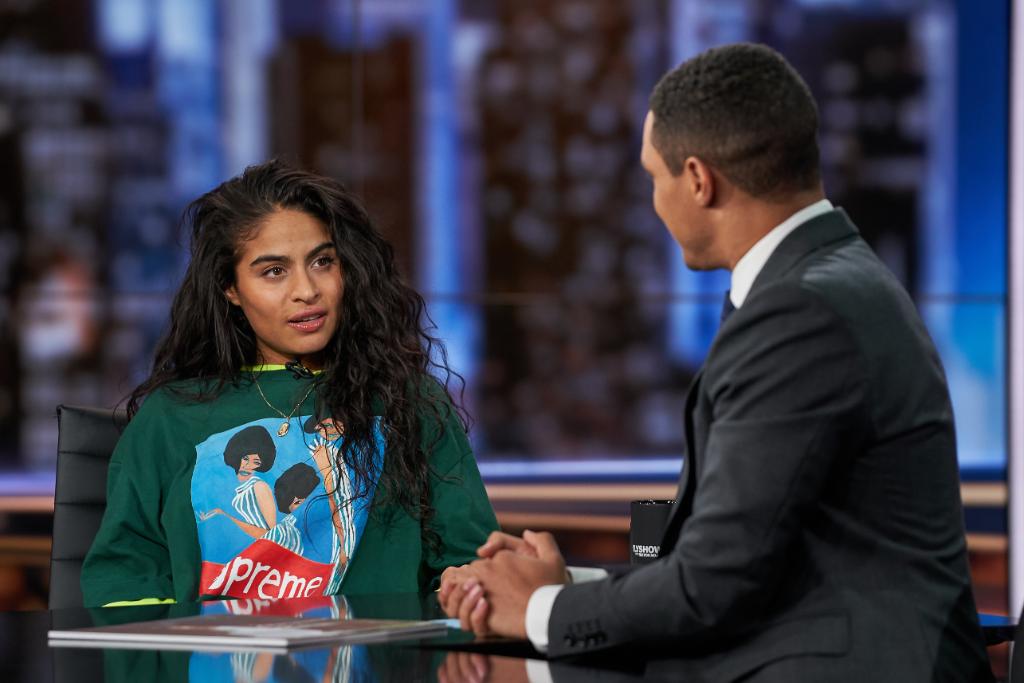 Brampton singer-songwriter Jessie Reyez appeared on The Daily Show with Trevor Noah last week to promote her upcoming debut album, Before Love Came to Kill Us.

Reyez was born in Toronto but moved to Brampton when she was a kid, where she learned to play guitar and write her own music. By April 2017, she had released her debut EP Kiddo, which debuted at #83 on the Canadian Album Chart, and was nominated for 4 Juno Awards in 2018.

In 2018, she released her second EP, Being Human in Public, which won Best R&B/Soul Recording of the year at 2019 Juno Awards and was also nominated for Best Urban Contemporary Album at this year’s Grammy Awards.

When asked about her days in Florida busking, bartending, and handing out mixtapes, Reyez said, “When I think about that, it makes me more appreciative now.” She goes on to add, “I’m blessed. I’m honoured. That I’m lucky that my hard work has paid off and I can’t really stop. I can’t stop.”

It was recently announced that Reyez will tour with Grammy Award-winning artist Billie Eilish later this year.

Watch Reyez on The Daily Show right here. If you want to skip ahead to her segment, go to 25:30.

Before Love Came to Kill Us drops on March 27.